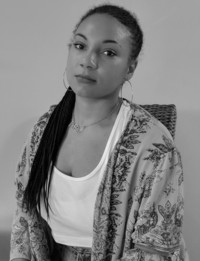 More of Lauren's books…
Quotes by Lauren Michele Jackson  (?)
Quotes are added by the Goodreads community and are not verified by Goodreads. (Learn more)
“America fears anger from black people, has always feared anger from black people, considers black people angry even when something more like “despaired” or “fatigued” better suits the mood.”
― Lauren Michele Jackson, White Negroes: When Cornrows Were in Vogue ... and Other Thoughts on Cultural Appropriation
2 likes
Like

“It feels bad to wade in the repercussions of our behavior, it feels good to apologize and disavow and consider oneself exempt moving forward. But being online, being white, being online as a white person, means never being exempt. Antiracist as a noun does not exist. There's only people doing the work, or not. The person genuinely invested in the work doesn't run from discomfort but accepts it as the price of personhood taken for granted.”
― Lauren Michele Jackson, White Negroes: When Cornrows Were in Vogue ... and Other Thoughts on Cultural Appropriation
2 likes
Like

“Everyone has a bit of “Tumblr teen” in them, self-reflexively announcing their social positions as a buffer against the now-cartoonish refrain to “check your privilege.” But while plenty of white people will flag their own whiteness, eagerly so in some cases, these admissions are curiously conditional. When the news broke that several high-profile parents were implicated in a conspiracy to illegally finesse their children into prestigious universities, publications (from Refinery29 to the Atlantic to Vox to, somewhat ironically, U.S. News and World Report) took care to name the collaboration of class and race that enabled such entitlement. On these particular bad actors, my Twitter feed was mostly on the same page. However, once people began reporting their own stories of educational fortitude, the material value of whiteness was suddenly less germane to the conversation. Unlike the children of celebrities, the people I followed implied, they had worked hard and earned it wholesale. It seemed the whiteness of celebrity children worked according to the rule, while everyone else’s whiteness was the exception. The gap between knowing and naming, let alone reckoning, remains vast.”
― Lauren Michele Jackson
0 likes
Like

“[W]e've been adjudicating inequality through cultural criticism. We have taught people who don't even care about feminism how to do this—how to analyze women and analyze the way people react to women, how to endlessly read and interpret the signs.”
― Jia Tolentino, Trick Mirror: Reflections on Self-Delusion
tags: pop-feminism
3 likes
Like

“The freedom I want is located in a world where we wouldn't need to love women, or even monitor our feelings about women as meaningful—in which we wouldn't need to parse the contours of female worth and liberation by paying meticulous personal attention to any of this at all.”
― Jia Tolentino, Trick Mirror: Reflections on Self-Delusion
tags: difficult-women, pop-feminism
46 likes
Like

“There's a limit, I think, to the utility of reading celebrity lives like tea leaves.”
― Jia Tolentino, Trick Mirror: Reflections on Self-Delusion
tags: celebrity
0 likes
Like

“White people wanted to be white just as much as we did. They worked just as hard at it. They failed more often. But they could pass, so no one objected.”
― Margo Jefferson, Negroland
tags: race, whiteness
1 likes
Like

“I hate when I'm supposed to be having fun and Race singles me out for special chores and duties.”
― Margo Jefferson, Negroland
6 likes
Like