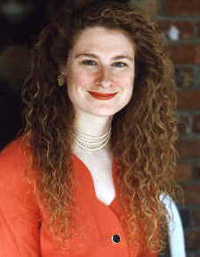 Website
http://www.danelleharmon.com
Twitter
DanelleHarmon
Genre
Romance
Member Since
May 2012
URL
https://www.goodreads.com/danelleharmon
edit data
New York Times and USA Today bestselling author Danelle Harmon has written seventeen critically acclaimed and award-winning books, with many being published all over the world. A Massachusetts native, she has lived in Great Britain, though these days she and her English husband make their home in New England with their daughter Emma and numerous animals including five dogs, an Egyptian Arabian horse, and a flock of pet chickens. Danelle enjoys reading, spending time with family, friends and her animals, dog showing, plane-spotting, and sailing her reproduction 19th century skiff, Kestrel II. She welcomes email from her readers and can be reached at Danelle@danelleharmon.com.

Heroes of the Sea (10 books)
by
Danelle Harmon (Goodreads Author)

“You, my dear, do not know how to have fun." "I do, too!" "You do not. You are as bad as Lucien. And do you know something? I think it's time someone showed you how to have fun. Namely, me. You can worry all you like about our situation tomorrow, but tonight ... tonight I'm going to make you laugh so hard that you'll forget all about how afraid of me you are." "I am not afraid of you!" "You are." And with that, he pushed his chair back, stalked around the table, and in a single easy movement, swept her right out of her chair and into his arms. "Gareth!  Put me down!" He only laughed, easily carrying her toward the bed. "Gareth, I am a grown woman!" "You are a grown woman who behaves in a manner far too old for her years," he countered, still striding toward the bed. "As the wife of a Den member, that just will not do." "Gareth, I don't want — I mean, I'm not ready for that!" "That? Who said anything about that?"  He tossed her lightly onto the bed. "Oh, no, my dear Juliet. I'm not going to do that —" She tried to scoot away. "Then what are you going to do?" "Why, I'm going to wipe that sadness out of your eyes if only for tonight. I'm going to make you forget your troubles, forget your fears, forget everything but me. And you know how I'm going to do that, O dearest wife?"  He grabbed a fistful of her petticoats as she tried to escape. "I'm going to tickle you until you giggle ... until you laugh ... until you're hooting so loudly that all of London hears you!" He fell upon the bed like a swooping hawk, and Juliet let out a helpless shriek as his fingers found her ribs and began tickling her madly. "Stop!  We just ate!  You'll make me sick!" "What's this? Your husband makes you sick?" "No, it's just that — aaaoooooo!" He tickled her harder. She flailed and giggled and cried out, embarrassed about each loud shriek but helpless to prevent them. He was laughing as hard as she. Catching one thrashing leg, he unlaced her boot and deftly removed it. She yelped as his fingers found the sensitive instep, and she kicked out reflexively. He neatly ducked just in time to avoid having his nose broken, catching her by the ankle and tickling her toes, her soles, her arch through her stockings. "Stop, Gareth!"  She was laughing so hard, tears were streaming from her eyes. "Stop it, damn it!" Thank goodness Charlotte, worn out by her earlier tantrum, was such a sound sleeper! The tickling continued. Juliet kicked and fought, her struggles tossing the heavy, ruffled petticoats and skirts of her lovely blue gown halfway up her thigh to reveal a long, slender calf sheathed in silk. She saw his gaze taking it all in, even as he made a grab for her other foot. "No!  Gareth, I shall lose my supper if you keep this up, I swear it I will — oooahhhhh!" He seized her other ankle, yanked off the remaining boot, and began torturing that foot as well, until Juliet was writhing and shrieking on the bed in a fit of laughter. The tears streamed down her cheeks, and her stomach ached with the force of her mirth. And when, at last, he let up and she lay exhausted across the bed in a twisted tangle of skirts, petticoats, and chemise, her chest heaving and her hair in a hopeless tumbled-down flood of silken mahogany beneath her head, she looked up to see him grinning down at her, his own hair hanging over his brow in tousled, seductive disarray.”
― Danelle Harmon, The Wild One
2 likes
Like

“then, the tears spilled over and began to drip quietly down her cheeks. Without a word, he pulled her close, rubbing her back as she buried her face against his chest and quiet sobs shook her.  Then he lifted his gaze and looked out to sea—where the wind raced, where the horizon stretched empty, and where somewhere, a grieving father was surely missing his capricious daughter.”
― Danelle Harmon, My Lady Pirate
2 likes
Like

“He can make me laugh when all I want to do is cry. He can make me see the good in a situation when all I see is the bad. He knows when life should be taken seriously — and when it shouldn't. He's delightful and funny and clever — and not afraid to make a total cake of himself." ”
― Danelle Harmon, The Wild One
2 likes
Like

Vicki wrote: "Im absolutely LOVING your books. Lauren Royal had mentioned you in a post on facebook & since I HAVE to read something while I wait for her to finish rewriting her books for Nook I thought I'd chec..."

Oh, Vicki, that makes me so very happy to hear! Thank you so much for taking the time to let me know ... hugs!!! (and to Lauren, too!)

Im absolutely LOVING your books. Lauren Royal had mentioned you in a post on facebook & since I HAVE to read something while I wait for her to finish rewriting her books for Nook I thought I'd check you out!!! I read My Lady Pirate first & now im on the 2nd de Montforte brothers book!!! LOVE YA!

Jonetta wrote: "I see you liked my friend Pam's review of The Wild One:) She and I tend to have very similar tastes in books so I wasn't surprised she loved it."

Hi Jonetta,
Aw, thanks! I was tickled pink to see her review, and even happier that she liked the book. :) Also, thank you for your review of The Beloved One, and, for your comments about the "Charlotte scene" that you left in response to the other person's take on it. Given the suddenness and awkwardness of the situation, and how overwhelmed Charles already was, I really couldn't see how that scene could have been played any other way and still be true to the character.
Have a wonderful evening, Jonetta!
-- Danelle

I see you liked my friend Pam's review of The Wild One:) She and I tend to have very similar tastes in books so I wasn't surprised she loved it.