,
Discover new books on Goodreads
See if your friends have read any of Georgie Blalock's books 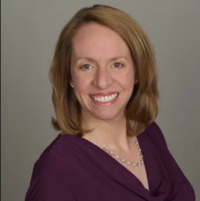 · 6,147 ratings · 910 reviews · 5 distinct works • Similar authors
More books by Georgie Blalock…
Quotes by Georgie Blalock  (?)
Quotes are added by the Goodreads community and are not verified by Goodreads. (Learn more)
“Wherever you live in the world so wide, we wish you a nook on the sunny side, with much love and little care, a little purse with money to spare, your own little hearth when day is spent, in a little house with the heart's content. To the happy couple!”
― Georgie Blalock, The Other Windsor Girl: A Novel of Princess Margaret, Royal Rebel
1 likes
Like

“They've never been able to ignore you, Ma'am."
"I made damn sure they couldn't. I never let them or anyone tell me what to do, except where Peter was concerned." She sighed, her weak chest rising and falling beneath the teal hospital down. "I'd trade my diamonds for a cigarette."
Vera reached into her purse and pulled out a package of Gigantes she'd purchased at a tobacconist shop on the way to the hospital. She removed the cellophane wrapper and handed it to the Princess, the ability to anticipate Her Royal Highness's needs never having left her, even after all these years.
The Princess didn't thank her, but the delight in her blue eyes when she put one in the good side of her mouth and allowed Vera to light it was thanks enough. The Princess struggled to close her lips around the base, revealing the depths of her weakness but also her strength. She refused to be denied her pleasure, even if it took some time to bring her lips together enough to inhale. Pure bliss came over her when she did before she exhaled. "I don't suppose you brought anything to drink?"
"As a matter of fact, I did." Vera took the small bottle of whiskey she'd been given on the plane and held it up. "It isn't Famous Grouse, I'm afraid."
"I don't care what it is." She snatched the plastic cup off the bedside table and held it up. "Pour."
Vera twisted off the cap and drained the small bottle into the cup. The Princess held it up, whiskey in one hand, the cigarette in the other, and nodded to Vera. "Cheers."
She drank with a rapture equal to the one she'd shown with the cigarette, sinking back into the pillows to enjoy the forbidden luxuries. "It reminds me of when we used to get drinks at the 400 Club after a Royal Command Film Performance or some other dry event. Nothing ever tasted so good as that first whiskey after all the hot air of those stuffy officials."
"We could work up quite a thirst, couldn't we, Ma'am?"
"We sure could." She enjoyed the cigarette, letting out the smoke slowly to savour it before offering Vera a lopsided smile. "We had fun back then, didn't we, Mrs. Lavish?”
― Georgie Blalock, The Other Windsor Girl: A Novel of Princess Margaret, Royal Rebel
1 likes
Like

“For all the titles and wealth bestowed on the Princess, she was simply second best, and nothing but a tragedy of unprecedented proportions would ever change this. She was as aware of this fact as Vera, and the entire world. No wonder she behaved as she did sometimes. In such a family, she had to elbow her way to the front one way or another.”
― Georgie Blalock, The Other Windsor Girl: A Novel of Princess Margaret, Royal Rebel
0 likes
Like

Is this you? Let us know. If not, help out and invite Georgie to Goodreads.