Discover new books on Goodreads
See if your friends have read any of Sarah A. Vogler's books 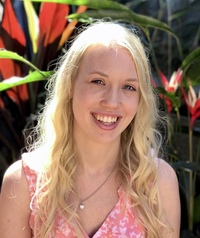 To ask Sarah A. Vogler questions, please sign up.

More of Sarah's books…
Quotes by Sarah A. Vogler  (?)
Quotes are added by the Goodreads community and are not verified by Goodreads. (Learn more)
“he, and every other god, was dead. And had been for sixteen centuries now—compliments to humans killing them in the Great Battle. Although Hailey supposed you could say they had lived on—at least in a small way—because when they’d died, their powers had showered from the sky to the human race, turning everyone into demigods. And since then, the gods’ powers have passed down through each generation, so every human in the world has a power.”
― Sarah A. Vogler, Poseidon's Academy
3 likes
Like

See all Sarah A. Vogler's quotes »