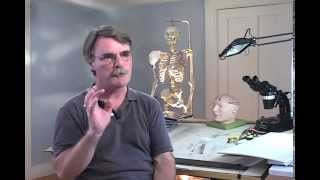 How It Works (4 books)
by
David Macaulay,
Sheila Keenan

3.93 avg rating — 592 ratings
Quotes by David Macaulay  (?)
Quotes are added by the Goodreads community and are not verified by Goodreads. (Learn more)
“What I remember most clearly is how it felt. I’d just finished painting a red fire engine-like the one I often walked past near my grandparents’ house. Suddenly the teachers, whose names I've long forgotten, closed in on my desk. They seemed unusually impressed, and my still dripping fire engine was immediately and ceremoniously pinned up. I don’t know what they might have said, but their unexpected attention and having something I’d made given a place of honor on the wall created an overwhelming and totally unfamiliar sense of pride inside me. I loved that feeling, and I wanted to feel it again and again. That desire, I suppose, was the beginning of my career.
I have no idea where my fire engine painting ended up, but I never forgot the basic layout. Several decades later, it served as the inspiration for this sketch for an illustration in a book called Why the chicken crossed the Road.”
― David Macaulay
tags: funny, humor, inspirational
2 likes
Like

“These amazing and often indispensable systems work so well and so quietly that we tend to be unaware of their existence.”
― David Macaulay, Underground
1 likes
Like

“By 200 B.C. soldiers of the Roman Republic had conquered all of Italy except the Alps. In the following three hundred years they created an empire extending from Spain to the Persian Gulf. To insure their hold over these lands the Roman soldiers built permanent military camps. As the need for military force lessened, many camps became important cities of the Roman Empire. The Romans knew that well planned cities did more to maintain peace and security than twice the number of military camps. They also knew that a city was more than just a business, government, or religious center. It was all three, but most important, it had to be a place where people wanted to live.”
― David Macaulay, City: A Story of Roman Planning and Construction
0 likes
Like