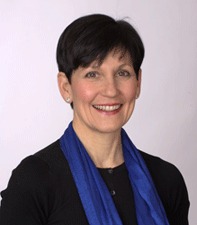 “People can not be separated from their environment. Living consciousness is not an isolated unit. Human consciousness is increasing the order of the rest of the world and has an incredible power to heal ourselves and the world: in a certain sense we make the world as such, as we wish.”
― Lynne McTaggart, The Field: The Quest for the Secret Force of the Universe
tags: consciousness
11 likes
Like

“Living consciousness somehow is the influence that turn the possibility of something into something real..The most essential ingredient in creating our universe is the consciousness that observe it. ”
― Lynne McTaggart
8 likes
Like

“Quantum physics findings show that consciousness itself created order - or indeed in some way created the world - this suggested much more capacity in the human being than was currently understood. It also suggested some revolutionary notions about humans in relation to their world and the relation between all living things. What they were asking was how far our bodies extended. Did they end with what we always thought of as our own isolated persona, or ‘extend out’ so that the demarcation between us and our world was less clear-cut? Did living consciousness possess some quantum field like properties, enabling it to extend its influence out into the world? If so, was it possible to do more than simply observe? How strong was our influence? It was only a small step in logic to conclude that in our act of participation as an observer in the quantum world, we might also be an influencer, a creator. Did we not only stop the butterfly at a certain point in its flight, but also influence the path it will take - nudging it in a particular direction?
This explains action at a distance, what scientists call non locality. The theory that two subatomic particles once in close proximity seemingly communicate over any distance after they are separated.”
― Lynne McTaggart, The Field: The Quest for the Secret Force of the Universe
tags: consciousness, esp, force, mind, mind-body-spirit, mind-power, psychic, qi, quantum-physics, spirituality, the-force, the-universe
5 likes
Like

Is this you? Let us know. If not, help out and invite Lynne to Goodreads.