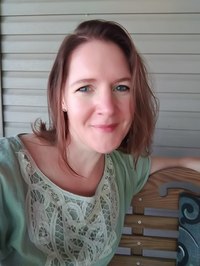 Website
http://kimberlywhitebooks.com/
Twitter
kim_berly_white
Genre
Nonfiction, Business, Self Help
Member Since
June 2007
edit data
Kimberly White is a former Manhattanite now living in a tiny farm town in the Midwest. She wrote The Shift after having a life-changing experience researching a nursing home company. She earns her keep as a writer and public speaker, sharing the lessons she learned about how to see others as they truly are.

She is married to the funniest man in the world, and mother to a brood of endlessly amusing children. She is willing to adopt pretty much any well-behaved pet and will believe anyone who tells her chocolate is healthy.

Kimberly loves to hear from readers. You can reach her at author@kimberlywhitebooks.com with questions, stories, suggestions, and gently-worded insults.

Kimberly White is currently reading
The Coddling of the American Mind: How Good Intentions and Bad Ideas Are Setting Up a Generation for Failure
by Jonathan Haidt
bookshelves: currently-reading

“It is hard for a free fish to understand what is happening to a hooked one.”
― Karl A. Menninger
tags: religion-understanding
31 likes

“Once you create a self-justifying storyline, your emotional entrapment within it quadruples.”
― Pema Chodron
tags: self-image, self-justification, self-righteousness
45 likes

“Except in a very few matches, usually with world-class performers, there is a point in every match (and in some cases it's right at the beginning) when the loser decides he's going to lose. And after that, everything he does will be aimed at providing an explanation of why he will have lost. He may throw himself at the ball (so he will be able to say he's done his best against a superior opponent). He may dispute calls (so he will be able to say he's been robbed). He may swear at himself and throw his racket (so he can say it was apparent all along he wasn't in top form). His energies go not into winning but into producing an explanation, an excuse, a justification for losing.”
― C. Terry Warner, Bonds That Make Us Free: Healing Our Relationships, Coming to Ourselves
tags: excuses, justification, losing, mindset, self-betrayal, tennis
43 likes