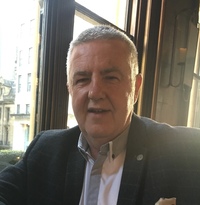 The Discovery of Antarctica

As world first’s go there’s none more important than the discovery of a continent that, before its discovery, had long been considered a myth. The term ‘Antarctica’ was first used in the second century by a Greek geographer, Marinus of Tyre – its meaning unsurprisingly translates to ‘opposite the Arctic’ For many centuries it was […]

The post The Discovery of Antarctica appeared first on Crean -...