,
Discover new books on Goodreads
See if your friends have read any of Heather Moll's books 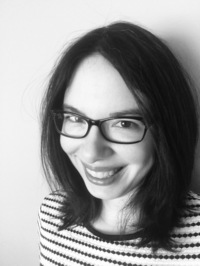 Meet the original characters in An Appearance of Goodness

An Appearance of Goodness takes place in Derbyshire after Darcy’s failed proposal during the time when in canon Mrs. Reynolds told Mr. Gardiner, “But we expect him tomorrow, with a large party of friends.” I thought I would introduce you to the original characters making up the “large party” at Pemberley. Aside from Georgiana and Mrs. Annesley, Darcy is traveling with his friend Lewis Balfour, Bal

More of Heather's books…
Quotes by Heather Moll  (?)
Quotes are added by the Goodreads community and are not verified by Goodreads. (Learn more)
“To appreciate a book like this, you must acknowledge the worst of it in order to admire the best of it.”
― Heather Moll, An Affectionate Heart: A Pride and Prejudice Variation
0 likes
Like

“Darcy placed his hands on his wife’s shoulders. When she did not pull away, he slowly put one arm and then the other behind her. He looked the question, and she nodded before closing the short distance between them. He wrapped his arms around her more tightly while Mrs Darcy brought her arms around his waist and rested her cheek against his chest, pressing him just a little closer. He knew that a few tears escaped her eyes. He rested his chin atop her head, and they held one another for a long time.”
― Heather Moll, An Affectionate Heart: A Pride and Prejudice Variation
0 likes
Like

“Whatever the cost of our libraries, the price is cheap compared to that of an ignorant nation.”
― Walter Cronkite
tags: education, ignorance, intelligence, libraries
3940 likes
Like

“In other words, all I want to be is the Jane Austen of south Alabama”
― Harper Lee
tags: aspiration, harper-lee, jane-austen
37 likes
Like

Banned Books — 4519 members — last activity Sep 20, 2022 08:25AM
To celebrate our love of reading books that people see fit to ban throughout the world. We abhor censorship and promote freedom of speech.