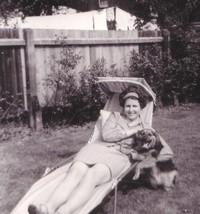 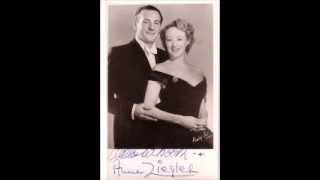 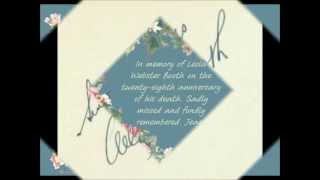 While still in her teens and studying for her singing diploma with famous British duettists, Anne Ziegler (1910-2003) and Webster Booth (1902-1984) she was studio accompanist to Webster Booth when Anne Ziegler had other commitments.

In 2006 she published two books about Anne Ziegler and Webster Booth, one in collaboration with Pamela Da Jean Collen is a writer, musician and retired teacher of classical singing and piano. She lives in Johannesburg, South Africa with her husband, Errol, a freelance English/Afrikaans translator, writer, proof-reader and editor.

While still in her teens and studying for her singing diploma with famous British duettists, Anne Ziegler (1910-2003) and Webster Booth (1902-1984) she was studio accompanist to Webster Booth when Anne Ziegler had other commitments.

In 2006 she published two books about Anne Ziegler and Webster Booth, one in collaboration with Pamela Davies from Great Comberton.

Since then she has published a novel and volume of short stories under the pen name of Fiona Compton. For the last ten years she has undertaken a number of proof-reading and editing assignments. ...more

Bedford Square where the ABRSN was situated in 1966.

I left South Africa and went to the United Kingdom at the beginning of 1966. I lived in London and worked at the Associated Board of the Royal Schools of Music which was then situated in Bedford Square until I obtained a teaching job in Wheathampstead later that year.

I taught music and drama at Wheathampstead Secondary School, Herts from 1966

Faint Harmony (Literature & Fiction)
1 chapters   —   updated May 13, 2015 06:38PM
Description: Faint Harmony" is the second novel in a Roman a clef trilogy about Malcolm Craig, a great British tenor. This book covers his life from the outbreak of World War Two until 1956 when he was at the zenith of his singing career. His rise to fame as a singer is smooth, but his private life is increasingly turbulent. The first book of the series is entitled "Just the Echo of a Sigh" and covers his early life to 1939. This is Jean Collen's third novel. She has also written a volume of short stories and several non-fiction books about the lives and careers of Webster Booth and Anne Ziegler. All her books have a musical theme as she is a classical pianist and singer, and taught singing and piano until her retirement at the end of 2010.
Extract from my novel, "Just the Echo of a Sigh". (Romance)
1 chapters   —   updated May 13, 2015 06:33PM
Description: I completed this book in November 2011. I have attached Chapter 6 as a sample. The book is available on http://www.lulu.com/duettists
Webster Booth & Anne Ziegler awards at the RNCM (Entertainment)
1 chapters   —   updated May 13, 2015 06:32PM
Description: This is an article about the establishment of the Webster Booth & Anne Ziegler awards at the RNCM.

“Without music, life would be a mistake.”
― Friedrich Nietzsche, Twilight of the Idols
tags: inspirational, music, philosophy
68685 likes

“If music be the food of love, play on,
Give me excess of it; that surfeiting,
The appetite may sicken, and so die.”
― William Shakespeare, Twelfth Night

“We don't present our voices to the audience, we resonate our souls.”
― Thomas Hampson
tags: baritone, thomas-hampson
1 likes

Margaret Drabble
author of
The Mills...

Deborah Moggach
author of
The Best ...

I have updated my book, "A Scattered Garland: Gleanings from the lives of Webster Booth and Anne Ziegler". The book was published in one volume in 2006 but since then I have found out very much more information about the Booths, so it has now been published in 4 volumes,
Early days (Volume 1) , At the top (Volume 2), South Africa (Volume 3) and Back in the UK (Volume 4). These books may be viewed at: www.lulu.com/duettists

I have digitised the autobiography by Webster Booth and Anne Ziegler, entitled "Duet", published by Stanley Paul in 1951. I am grateful to John Marwood who proofread the book most meticulously.

The book is available by direct link (e-book: http://www.lulu.com/shop/http://www.l...)

After that project is completed, I will continue writing the third (and final) part of my fictional series about tenor, Malcolm Craig. It will be entitled "The Long Day Closes".

I was very sorry to learn of the death of the excellent author, Elizabeth Jane Howard at the age of 90. I have read all her books and enjoyed every one of them.

I have just validated the first draft of my book "Faint Harmony" on NaNoWriMo. It is the second novel in a trilogy about singers, Malcolm Craig and Marina Dunbar. There's still quite a lot of polishing and editing ahead.

I have ordered "Greasepaint and Cordite: How ENSA Entertained the Troops During World War II"
by Andy Merriman and look forward to reading it soon.

Recently I bought "Heartbreak Hotel", the latest book by Deborah Moggach, and I look forward to reading it this weekend.

I have recently updated and enlarged my book, "A Scattered Garland: Gleanings from the Lives of Webster Booth and Anne Ziegler".

I was very sorry to hear of the death of Maeve Binchy at the age of 72 yesterday. I read every one of her heart-warming books and thoroughly enjoyed them all. I looked out for a new Maeve Binchy last December and was surprised not to find her new novel on the best-sellers' shelf of the bookshop. May she rest in peace.

I have added an extract from my novel, "Just the Echo of a Sigh" to my blog at the following link:

I have added the other books I have written and published on Lulu.com to GoodReads today.

I found a slip in my PO Box today to collect a package. It must be "The Letters and Diaries of Kathleen Ferrier"! Today is Youth Day in South Africa, so I shall have to contain my excitement until tomorrow!

I own nearly the entire collection of Agatha Christie books so it will take me some time to add them to Good Reads. Agatha Christie's books are a very enjoyable and easy read on a cold winter's afternoon.