,
Discover new books on Goodreads
See if your friends have read any of Jacki James's books 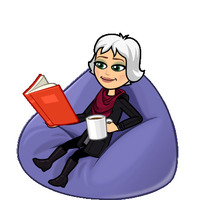 Working For It (2 books)
by
Jacki James (Goodreads Author)

More of Jacki's books…
Quotes by Jacki James  (?)
Quotes are added by the Goodreads community and are not verified by Goodreads. (Learn more)
“I’m at that age where everyone younger than me looks fifteen. It’s like there’s no sliding scale. One day you’re young. The next, you’re debating the pain relievers all because you sat down wrong.”
― Jacki James, 45 and Holding
1 likes
Like

“But then, he looked up at me with big blue eyes under long beautiful lashes. “It’s just he makes it look so simple, you know?” Yeah, no way I was walking away now. “I take it you have a leak under your sink?” I asked. “A leak? More like a geyser. But the pipe isn’t broken. It’s the part where the pipe changes directions for some reason. I mean, wouldn’t it make more sense to just go straight to where it needs to go instead of looking like a freaking spaghetti highway down there?” “Look, kid, plumbing is like life. If you know what the pipe’s purpose is, where they’re coming from and where they’re going, it all makes sense.” “Oh my god,” he said, throwing his hands up in the air. “Doesn’t that just fucking figure. This was such a shit day. And now I’m stuck in a hardware store with a hotter than fuck stranger who’s talking about plumbing using metaphors like he’s freaking Socrates or some shit.” He glared at me. “Plumbing is like life,” he mimicked. I forced myself not to laugh, which was hard because, in hindsight, it was a pretty stupid thing to say. Instead, I ignored the fact that he called me hot and focused on the fact that he was having a meltdown in the local home improvement store. Apparently not over a burst pipe, but over… well, I wasn’t sure exactly what over, but obviously something bigger than a pipe.”
― Jacki James, Ryder
0 likes
Like

“Until I met him, I hadn’t known that a succubus could take a male form,”
― Jacki James, Saving the Senator's Son
0 likes
Like

May Book of the Month Poll