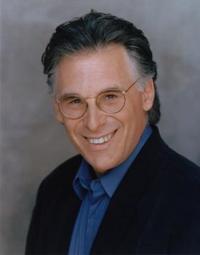 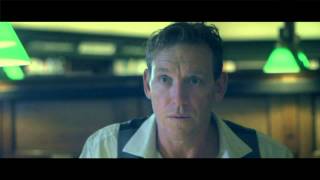 Grossman is partner with Robb Weller in Weller/Grossman Productions, a prolific documentary and service and information television production company. Together, they have produced more than 6,000 programs and earned numerous awards including the prestigious Governor's Emmy Award for their 1996 USA Network special, "Healing the Hate," and an Emmy for Best Informational series with the 2002 production of "Wolfgang Puck" for Food Net Gary Grossman, author of EXECUTIVE ACTIONS, EXECUTIVE TREASON, and EXECUTIVE COMMAND, is a print and television journalist, an Emmy Award-winning network television producer, and a film and TV historian.

Grossman is partner with Robb Weller in Weller/Grossman Productions, a prolific documentary and service and information television production company. Together, they have produced more than 6,000 programs and earned numerous awards including the prestigious Governor's Emmy Award for their 1996 USA Network special, "Healing the Hate," and an Emmy for Best Informational series with the 2002 production of "Wolfgang Puck" for Food Network.

Grossman earned a Bachelors Degree in Communications from Emerson College in Boston and a Master's Degree in Urban Affairs from Boston University.

He began his career at 15 as a disc jockey at WHUC, his local radio station in Hudson, New York. He went on to work at Boston television station, WBZ; joined The Boston Globe as a special contributor, and then became a full-time television critic and columnist at The Boston Herald American, before moving to Los Angeles. His articles have also appeared in The New York Times and numerous magazines. He has taught journalism and media classes at Emerson College, Boston University, and USC. Grossman's two previous acclaimed non-fiction books, Superman: Serial to Cereal and Saturday Morning TV, cover television history.


Grossman lives in Los Angeles with his wife, writer Helene Seifer, and their children Sasha, Zachary, and Jacob. He serves on the Emerson College Board of Trustees and the Boston University Metropolitan Advisory Board. He is a member of the International Thriller Writers Association. ...more

4.23 avg rating — 200 ratings
Quotes by Gary Grossman  (?)
Quotes are added by the Goodreads community and are not verified by Goodreads. (Learn more)
“I have a picture of him from California. I’ll forward it up to you. A big guy.” “Big, like bodyguard big?” “Try Godzilla.”
― Gary Grossman, Executive Treason
1 likes
Like

“Generally speaking, helicopters produce a distinctive percussive chop-chop rotor sound caused by the positioning of the blades. Adjust the blade angle, increase the number of blades in the main and tail rotors from four to five or six, and the noise diminishes, blending into the background sounds. Moreover, these Sikorsky Black Hawks had been re-engineered and reimagined with swept stabilizers and a noise suppressing “dishpan” cover over the tail rotor. Further refinements included reducing the rpm, especially in forward flight below maximum speed. To the untrained ear, it appeared that the helicopters were much farther away, not heading in, but away from a target. There were also changes that reduced the chances of returning radar signals. Retractable landing gears and fairings over the rotor hubs cut down the radar cross-section (RCS). And sharp edges, standard on the UH-60s, were replaced with curved surfaces coated in a special silver-loaded infrared skin. These important”
― Gary Grossman, Executive Command
0 likes
Like

“She preferred the speedy single-skipper Laser rather then”
― Gary Grossman, Executive Treason
0 likes
Like

Is this you? Let us know. If not, help out and invite Gary to Goodreads.