,
Discover new books on Goodreads
See if your friends have read any of Erich Auerbach's books 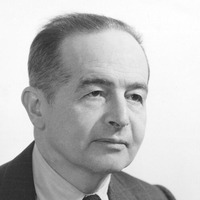 · 4,702 ratings · 277 reviews · 47 distinct works • Similar authors
More books by Erich Auerbach…
Quotes by Erich Auerbach  (?)
Quotes are added by the Goodreads community and are not verified by Goodreads. (Learn more)
“Abraham’s actions are explained not only by what is happening to him at the moment, nor yet only by his character (as Achilles’ actions by his courage and his pride, and Odysseus’ by his versatility and foresightedness), but by his previous history; he remembers, he is constantly conscious of, what God has promised him and what God has already accomplished for him—his soul is torn between desperate rebellion and hopeful expectation; his silent obedience is multilayered, has background. Such a problematic psychological situation as this is impossible for any of the Homeric heroes, whose destiny is clearly defined and who wake every morning as if it were the first day of their lives: their emotions, though strong, are simple and find expression instantly.”
― Erich Auerbach, Mimesis: The Representation of Reality in Western Literature
9 likes
Like

“The Scripture stories do not, like Homer’s, court our favor, they do not flatter us that they may please us and enchant us—they seek to subject us, and if we refuse to be subjected we are rebels.”
― Erich Auerbach, Mimesis: The Representation of Reality in Western Literature
6 likes
Like

“It is only during the course of an eventful life that men are differentiated into full individuality.”
― Erich Auerbach
4 likes
Like