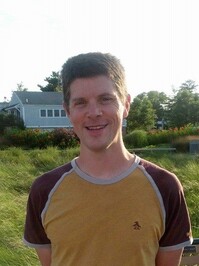 The Tragedie of Hamlet, Prince of Denmarke (Revised and Condensed)

Act IScene I. Elsinore. A platform before the castle.

HORATIO:
I begged him not to follow that creepy ghost,
Did I not, Marcellus? But off he went!
And we are left to wonder what new fardels
This noble prince must wearily bear through life.
First of all, a father dead, and then,
A mother to an uncle wed. What next?
And what small part may comrades play to ease
The heartache and

“You can't wait for inspiration. You have to go after it with a club.”
― Jack London
tags: inspiration, on-writing, writing
2579 likes

“The stupidity of people comes from having an answer for everything. The wisdom of the novel comes from having a question for everything. When Don Quixote went out into the world, that world turned into a mystery before his eyes. That is the legacy of the first European novel to the entire subsequent history of the novel. The novelist teaches the reader to comprehend the world as a question. There is wisdom and tolerance in that attitude. In a world built on sacrosanct certainties the novel is dead. The totalitarian world, whether founded on Marx, Islam, or anything else, is a world of answers rather than questions. There, the novel has no place.”
― Milan Kundera, The Book of Laughter and Forgetting
tags: novels, totalitarianism
289 likes

“Once we have broken free of the prejudices of our own provincially limited ecclesiastical, tribal, or national rendition of the world archetypes, it becomes possible to understand that the supreme initiation is not that of the local motherly fathers, who then project aggression onto the neighbors for their own defense. The good news, which the World Redeemer brings and which so many have been glad to hear, zealous to preach, but reluctant, apparently, to demonstrate, is that God is love, the He can be, and is to be, loved, and that all without exception are his children. Such comparatively trivial matters as the remaining details of the credo, the techniques of worship, and devices of episcopal organization (which have so absorbed the interest of Occidental theologians that they are today seriously discussed as the principal questions of religion), are merely pedantic snares, unless kept ancillary to the major teaching. Indeed, where not so kept, they have the regressive effect: they reduce the father image back again to the dimensions of the totem. And this, of course, is what has happened throughout the Christian world. One would think that we had been called upon to decide or to know whom, of all of us, the Father prefers. Whereas, the teaching is much less flattering: "Judge not, that ye be not judged." The World Savior's cross, in spite of the behavior of its professed priests, is a vastly more democratic symbol than the local flag.”
― Joseph Campbell, The Hero With a Thousand Faces
25 likes

“This was when she asked him whether it was true that love conquered all, as the songs said. 'It is true', he replied, 'but you would do well not to believe it.”
― Gabriel García Márquez, Of Love and Other Demons
tags: believe, disbelief, gabriel-garcía-márquez, love, love-conquers-all, of-love-and-other-demons
120 likes

“What kind of idea are you? Are you the kind that compromises, does deals, accomodates itself to society, aims to find a niche, to survive; or are you the cussed, bloody-minded, ramrod-backed type of damnfool notion that would rather break than sway with the breeze? – The kind that will almost certainly, ninety-nine times out of hundred, be smashed to bits; but, the hundredth time, will change the world.”
― Salman Rushdie, The Satanic Verses
340 likes