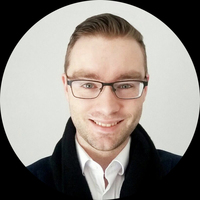 “She was beautiful beyond words, but not only that. Saranna was sharp as a knife. She'd have you guessing what you had said, then have you say it again in completely the opposite way, till you had made such a mess you didn't know what the discussion was about in the first place. Many found this unladylike, but only because they couldn't win against her. All except me. We would spar with words as men did with swords." ~ Velran”
― Steven Raaymakers, A Canticle for the Fallen
tags: dialogue, female, love, phrase, wit, woman
0 likes
Like

“Are warchildren so frightening? Are we not human, too?”
― Steven Raaymakers, A Canticle for the Fallen
tags: quotes, raziel, sad, sorrowful, thinking, thoughts
0 likes
Like

“I have no money, not even the wooden disks they use for trade in Arasha. And my pack held the only items of any worth."
"That is why," Velran said, "You must invest in security."
"Do you realise that I understand less than half of what comes out of your mouth?" Raziel scowled at his companion, poking at the fire with unnecessary vehemence.”
― Steven Raaymakers, A Canticle for the Fallen

“‎That's when you know you've found somebody really special. When you can just shut the fuck up for a minute and comfortably share silence.”
― Quentin Tarantino, Pulp Fiction: A Quentin Tarantino Screenplay
220 likes
Like

“You know how they say you only hurt the ones you love? Well, it works both ways.”
― Chuck Palahniuk, Fight Club
tags: love
2962 likes
Like

“The beginning of love is the will to let those we love be perfectly themselves, the resolution not to twist them to fit our own image. If in loving them we do not love what they are, but only their potential likeness to ourselves, then we do not love them: we only love the reflection of ourselves we find in them”
― Thomas Merton, No Man Is an Island
tags: friendship, love, self-discovery, trust, truth
3771 likes
Like

“The closer men came to perfecting for themselves a paradise, the more impatient they became with it, and with themselves as well. They made a garden of pleasure, and became progressively more miserable with it as it grew in richness and power and beauty; for then, perhaps, it was easier to see something was missing in the garden, some tree or shrub that would not grow. When the world was in darkness and wretchedness, it could believe in perfection and yearn for it. But when the world became bright with reason and riches, it began to sense the narrowness of the needle's eye, and that rankled for a world no longer willing to believe or yearn.”
― Walter M. Miller Jr., A Canticle for Leibowitz
tags: society
109 likes
Like

“To minimize suffering and to maximize security were natural and proper ends of society and Caesar. But then they became the only ends, somehow, and the only basis of law—a perversion. Inevitably, then, in seeking only them, we found only their opposites: maximum suffering and minimum security.”
― Walter M. Miller Jr., A Canticle for Leibowitz
tags: ends, perversion, security, suffering
70 likes
Like

Fantasy Book Group for Kiwi's — 7 members — last activity Dec 31, 2017 06:18PM
Anyone from NZ can join and talk about anything Fantasy related.

/r/Fantasy Discussion Group — 4953 members — last activity Oct 23, 2020 08:11AM
A place for readers/contributors of Reddit's /r/Fantasy subreddit to discuss books from the genre and see others' book lists and recommendations.

Auckland Write Club (UoA) — 5 members — last activity Mar 25, 2019 01:42AM
A place where members of the University of Auckland Write CLub can share book recommendations and stay in touch.

Jasmine Yow
author of
Behind th...