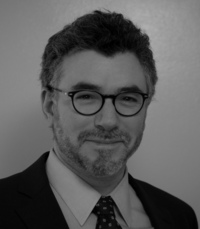 Ariel hasn't connected with their friends on Goodreads, yet.

“Listen to a story: One day a just man came to the city of Sodom. He began to preach to its inhabitants, telling them to change their evil ways. He wanted to save them from destruction, a destruction he knew would come as a result of their sins against one another. ‘Please,’ he said, ‘stop your cruelty, stop your inhumanity! You must be kinder to the stranger, to the children of the stranger!’ He went on like that for many days, but no one listened. He did not give up. He continued preaching and protesting for many years. Finally, a passerby asked him, ‘Rabbi, really, why do you do that? Don’t you see no one is listening?’ He answered, ‘I know. No one will listen, but I cannot stop. You see, at first I thought I had to preach and protest in order to change them. But now, although I continue to speak, it is not to change the world. It is so that they do not change me.’ “This is why we must learn from madmen: because they do not stop, even when others shout at them to be silent. Someone who protests a little, who writes one letter—it’s fine, it doesn’t make any problems. But someone who never stops is soon seen as an outsider, antisocial, a madman. These are the ones who show us how to effectively resist evil.”
― Ariel Burger, Witness: Lessons from Elie Wiesel's Classroom
0 likes
Like

“If anything can, it is memory that will save humanity.”
― Ariel Burger, Witness: Lessons from Elie Wiesel's Classroom
0 likes
Like