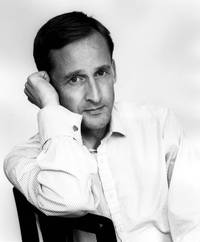 · 1,472 ratings · 174 reviews · 23 distinct works • Similar authors
More books by Noel Malcolm…
Quotes by Noel Malcolm  (?)
Quotes are added by the Goodreads community and are not verified by Goodreads. (Learn more)
“In many ways, the system of government, taxation and military organization developed by the Ottoman Empire in the fifteenth and sixteenth centuries was the envy of Western Europe.”
― Noel Malcolm, Agents of Empire: Knights, Corsairs, Jesuits and Spies in the Sixteenth-Century Mediterranean World
1 likes
Like

“Religion mattered at a deep level, which must help to explain why none of these people went over to Islam; but in most cases it did not direct their lives, nor did it prevent some of them from cultivating their connection with a powerful relative who was a Muslim convert. Whilst the fact that they were Catholics from one of Christendom’s frontier zones may have given them an enhanced sense of their Catholicism, the fact that they were Albanians, connected by language, blood and history to Ottoman subjects and Ottoman territory, gave them an ability to see things also from something more like an Ottoman perspective”
― Noel Malcolm, Agents of Empire: Knights, Corsairs, Jesuits and Spies in the Sixteenth-Century Mediterranean World
tags: albania, albanian, catholics, christianity, convert, muslims, ottoman, religion
1 likes
Like

Is this you? Let us know. If not, help out and invite Noel to Goodreads.