Discover new books on Goodreads
See if your friends have read any of A.J. Davidson's books 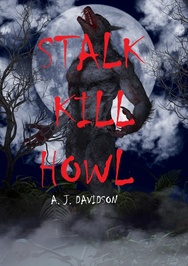 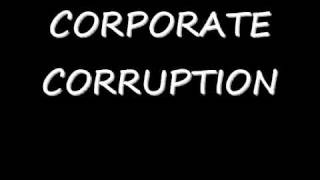 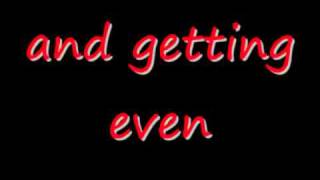 Born
in Armagh, Ireland
Website
http://www.linkedin.com/pub/aj-davidson/1b/8ba/297
Genre
Mystery & Thrillers, Historical Fiction
Influences
James Crumley, Raymond Chandler, and James Lee Burke
Member Since
August 2010
edit data
AJ Davidson is a traditionally published author and playwright, who, in Spring 2010, made the switch to Indie. He is keen to explore the potential of a rapidly changing publishing world, and is enjoying the closer contact with his readers that e-books afford. Currently writing his first horror story.

AJ has a degree in Social Anthropology. Married for 38 years, he has two children, a Beagle called Bruce, and Dusty, a very mean cat.

Not one for staying long in the same place, AJ has lived in many countries across several continents. He has worked as a pea washer, crane-driver, restaurateur and scriptwriter.

A member of the ITW.

AJ Davidson has become the second Irish writer to join Radish, the serial fiction platform based on the incredibly successful model used in China and Korea. Paper Ghosts, Davidson’s most downloaded book (1,400,000) will be available in the near future, closely followed by a sequel released on a serial basis.

Moon on the Bayou (Mystery & Thrillers)
1 chapters   —   updated May 13, 2015 06:35PM
Description: The third title in a series of Val Bosanquet mystery thrillers, A. J. Davidson’s Moon on the Bayou combines murder mystery, body snatching and intrigue into a fast paced and entertainingly complex thriller. East Feliciana Deputy Sheriff Val Bosanquet’s day starts badly when a murder victim’s body is snatched from his crime scene. The discovery of a second victim makes his day worse. Although the murders do not appear to be connected, Val suspects that Mungo Call, the charismatic leader of Rising Sun, a pressure group fighting miscarriages of justice, holds the key. Val is aided by his friend Dave McElligott, a former member of the Marine Corps Special Operations Command. Together they plumb the unfathomable evil and extreme cruelty of a Mexican drug cartel.
Death Sentence (Mystery & Thrillers)
1 chapters   —   updated May 13, 2015 06:31PM
Description: Death Sentence sees the return of recalcitrant detective Val Bosanquet from An Evil Shadow. Val stumbles across Diane Laing, the victim of a ten-year-old abduction and the last of four young women who disappeared. Val's attempts to locate the other victims inadvertently puts Diane at risk. When she is abducted a second time, Val faces down the FBI and a bomber to rescue the woman he loves.
Wounded Tiger (Mystery & Thrillers)
1 chapters   —   updated May 13, 2015 06:30PM
Description: Fans of James Patterson will enjoy this book. A serial rapist stalks the streets of Malahide, a genteel coastal town ten miles north of Dublin. The police have few leads, but then someone turns the table on the attacker by targeting his sister. Detective Sean Horan is faced with unravelling a very tangled web. A complex crime thriller set in post-boom Ireland.
Paper Ghosts (Mystery & Thrillers)
1 chapters   —   updated May 13, 2015 06:30PM
Description: In the style of Harlan Coben. When counterfeiter Steve Stricker leaves prison he discovers that his former partner-in-crime was murdered on the same day he was arrested by the Secret Service. His attempts to bring the killer to justice exposes a family torn apart by incest and political corruption. Steve shares what he knows with the Secret Service agent who arrested him, but can he be trusted?
Piwko's Proof (Mystery & Thrillers)
1 chapters   —   updated May 13, 2015 06:30PM
Description: Harlan Coben and James Patterson fans will enjoy this book. When a FBI assistant-director is kidnapped, his captors demand the release of a death row inmate in return for his freedom. Only one man can assist the FBI's nationwide hunt. An inmate of Angola, Jim Piwko has information which might save the abducted man's life. But not everyone wants it known.
More of A.J.’s writing…

“order a bottle of wine, drink a toast to his wife’s pregnancy, and forget all about Jackson for a few hours. Instead, he paid his bill and headed out. The warrant for Logjam was a month old and no dealer could stay out of sight much longer than that before his customers migrated to a new supplier. Logjam would have resurfaced by now. The first place he visited was a washout. So was the second. He moved on to a zydeco joint. It stank of flat beer and stale smoke. The customers paid him little heed as he nursed a Canadian Club and ginger at the bar. He hadn’t long to wait until he spotted who held the concession. The bartender handed three customers a complimentary book of matches each as he set down their drinks. Two of them already had cigarettes lit, their lighters squared neatly on top of their cigarette packets. Val called him over. “I’m looking for a friend of mine.” The man eyeballed him. “A guy like you has no friends.” “His name’s Logjam. Have you seen him recently?” The bartender wiped the zinc counter with a sponge cloth. “Never heard of him. Does he come in here?” Val set his shield on the bar. “Have you”
― A.J. Davidson, An Evil Shadow
0 likes
Like

Michael Connelly
author of
The Linco...