Discover new books on Goodreads
See if your friends have read any of Frederic C. Rich's books 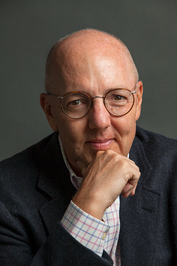 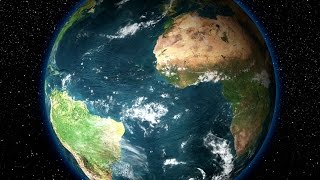 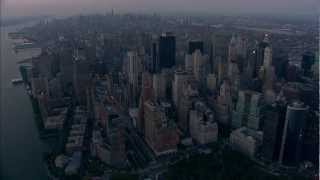 His latest book, Escape from Extinction, an Eco-Genetic Novel (Vector Books, forthcoming October 1, 2020), is a retelling of the Prometheus/Frankenstein story for the age of genetics. Scientists wielding new tools for editing DNA have the power to change the blueprint for humanity, hack evolution, re-engineer nature, resurrect extinct species, and even create entirely new forms of life. We are in what Siddhartha Mukherjee in his bestseller The Gene calls “a headlong sprint into an abyss.” Escape from Extinction uses storytelling to explore th Fred Rich is an author whose writing, both fiction and non-fiction, probes contemporary political and moral issues from a fresh perspective. That perspective is independent, non-partisan, and pragmatic.

His latest book, Escape from Extinction, an Eco-Genetic Novel (Vector Books, forthcoming October 1, 2020), is a retelling of the Prometheus/Frankenstein story for the age of genetics. Scientists wielding new tools for editing DNA have the power to change the blueprint for humanity, hack evolution, re-engineer nature, resurrect extinct species, and even create entirely new forms of life. We are in what Siddhartha Mukherjee in his bestseller The Gene calls “a headlong sprint into an abyss.” Escape from Extinction uses storytelling to explore this abyss. In Michael Crichton’s Jurassic Park, the intersection of avarice and scientific hubris gave us man-eating velociraptors. Here, the “monster” is an empathetic and charming de-extincted Neanderthal teenager, who many nevertheless believe presents the same threat to humanity as Crichton’s dinosaurs.

His first book, Christian Nation (W.W. Norton, 2013), is a work of speculative fiction that considers the political ambitions of Christian fundamentalism in America. The novel was called "brilliant" by Richard Dawkins, "well written and persuasive" by the Pittsburgh Post-Gazette, "required reading" by the New York Post, and "riveting, provocative reading" by Booklist.

Rich's second book, Getting to Green ( W.W. Norton, 2016), tells the story of how the American environmental movement lost its way and explains how it can get back on track. The book contains a rousing call for conservatives to reconnect with their long tradition of support for conservation and for the Green movement to adopt the reforms necessary to restore bipartisan support for the environmental agenda.

Rich studied public and international affairs at Princeton and moral philosophy at King's College, Cambridge, before receiving his law degree at University of Virginia Law School. He spent his law career as a partner of Sullivan & Cromwell LLP, an international law firm, before leaving at the end of 2014 to devote himself full-time to writing and teaching.

Fred lives and writes in both Manhattan and New York State’s inspiring Hudson Valley. He is currently working on a book about our national crisis of incompetence. ...more

Frederic Rich is currently reading
Arcadian America: The Death and Life of an Environmental Tradition
by Aaron Sachs
bookshelves: currently-reading

Frederic Rich is currently reading
The Empathic Civilization: The Race To Global Consciousness In A World In Crisis
by Jeremy Rifkin
bookshelves: currently-reading

“This was not the first time that the world didn’t listen. In college I read Hitler’s Mein Kampf. Fourteen years before the first shot was fired, Hitler announced his plan to destroy the parliamentary system in Germany, to attack France and Eastern Europe, and to eliminate the Jews. Why, I asked the professor, did neither ordinary Germans voting in the Reichstag elections in July 1932, nor foreign leaders reacting to the rise of Nazism, believe him? Why was anyone surprised when he simply did what he said he would do? She had no answer. The fall of my senior year at Princeton, nineteen deeply religious young men flew planes into the World Trade Center and the Pentagon. During the decade before 9/11, Osama Bin Laden had shouted out his warnings of mass murder using all the means of modern communication. And still we were surprised when he did what he said he would do. So I suppose what happened here is that they said what they would do, and we did not listen. Then they did what they said they would do.”
― Frederic C. Rich, Christian Nation
5 likes
Like

“Nothing seems more inevitable than the status quo, and yet nothing is more certain than that it will—eventually—end suddenly and that we will need to make our lives in a new, unfamiliar and unexpected landscape.”
― Frederic C. Rich, Christian Nation
4 likes
Like