,
Discover new books on Goodreads
See if your friends have read any of Marina Vivancos's books 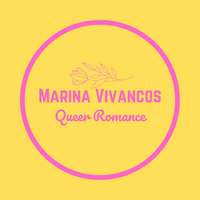 Website
http://www.marinavivancos.com/
Twitter
MarinaVivancosx
Genre
Romance, Gay and Lesbian, Contemporary
Member Since
August 2017
edit data
When Marina was a child she couldn’t sleep. Night after dissolving night she just couldn’t sleep. Nothing much worked – until she started making up stories in her head. Suddenly, the transition into unconsciousness was a smooth dive into calm waters.

Marina is currently in a period of sleepless upheaval, and she hopes writing down the stories in her head will cast the same spell it did years ago.

More of Marina's books…
Quotes by Marina Vivancos  (?)
Quotes are added by the Goodreads community and are not verified by Goodreads. (Learn more)
“The thought of having something of substance to ruin was almost more terrifying than the loneliness of not having anything in the first place.”
― Marina Vivancos, Rat Park
3 likes
Like

“To maintain balance in the world, in your life, you must know your true value. Not the value you feel. The value that is. And accept nothing less but something of equal value from others. If you consistently accept less than what you are from others, you will fool yourself into believing you are less. Your life will not find balance that way.”
― Marina Vivancos, In This Iron Ground
2 likes
Like

“Repression, in Jason’s opinion, was unfairly maligned. What was wrong with a little bit of good, old-fashioned denial every now and again? Jason had been practicing it for most of his life, what with being bi, and it had taken him until the end of college to accept how attracted to his then-best-friend and roommate he was. And, sure, he’d struggled and hated himself for a while, and it had sucked, but still. It had worked.
Kind of.”
― Marina Vivancos, Crybaby
1 likes
Like