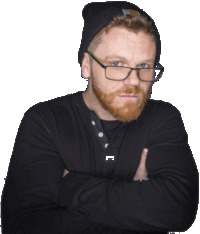 “This is because the conversation about poverty is usually dominated by people with little direct experience of being poor.”
― Darren McGarvey, Poverty Safari: Understanding the Anger of Britain's Underclass
3 likes
Like

“What else annoys you about Glasgow?’ I ask. ‘Immigrants,’ says one, to which the other nods in agreement. ‘What is it about immigrants that annoys you?’ I ask. ‘They come here and take jobs and houses when we have enough homeless people on our streets.’ ‘They rape people.’ ‘They shouldn’t be allowed to speak in their own language.’ ‘If they are running away from a war then maybe they should stay in their own countries and fight?’ ‘If they hate Britain then why come here?’ Within two minutes, these normally mute, unresponsive, passive-aggressive boys suddenly spring to life and reveal to me an issue they are not only passionate about but clearly believe themselves to be knowledgeable on. It’s just a shame they are racist. Racist attitudes like these, often learned at home, are carried into adulthood before being passed on to the next generation. Which is why many are anxious about conceding ground to people with ‘legitimate’ concerns about immigration.”
― Darren McGarvey, Poverty Safari: Understanding the Anger of Britain's Underclass
3 likes
Like

“It seems bizarre that we would ever attempt to draw conclusions about the behaviour of people in deprived communities, let alone legislate for it, without allowing for the context of stress and how that in itself is a causal factor in comfort eating, smoking, gambling, binge drinking, substance misuse and various cultures of aggression and violence”
― Darren McGarvey, Poverty Safari: Understanding the Anger of Britain's Underclass
2 likes
Like

Is this you? Let us know. If not, help out and invite Darren to Goodreads.