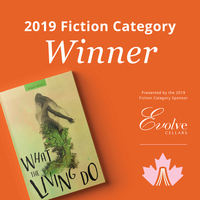 Interview re: WHAT THE LIVING DO

Here’s the link to my interview from September 8/20

“A woman must continually watch herself. She is almost continually accompanied by her own image of herself. Whilst she is walking across a room or whilst she is weeping at the death of her father, she can scarcely avoid envisaging herself walking or weeping. From earliest childhood she has been taught and persuaded to survey herself continually.
...
...
Every woman's presence regulates what is and is not 'permissible' within her presence. Every one of her actions - whatever its direct purpose or motivation - is also read as an indication of how she would like to be treated. If a woman throws a glass on the floor, this is an example of how she treats her own emotion of anger and so of how she would wish it to be treated by others. If a man does the same, his action is only read as an expression of his anger. If a woman makes a good joke this is an example of how she treats the joker in herself and accordingly of how she as a joker-woman would like to be treated by others. Only a man can make a good joke for its own sake.
One might simplify this by saying: men act and women appear. Men look at women. Women watch themselves being looked at. This determines not only most relations between men and women but also the relation of women to themselves. The surveyor of woman in herself is male: the surveyed female. Thus she turns herself into an object - and most particularly an object of vision : a sight.”
― John Berger, Ways of Seeing

“The relation between what we see and what we know is never settled. Each evening we see the sun set. We know that the earth is turning away from it. Yet the knowledge, the explanation, never quite fits the sight.”
― John Berger, Ways of Seeing
tags: connections, explanations, knowledge, seeing
179 likes