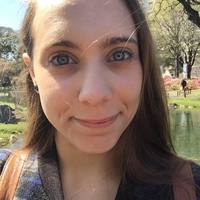 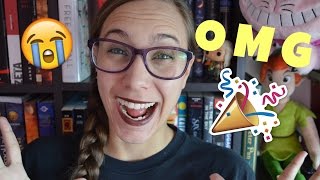 “to love is to destroy, and that to be loved is to be the one destroyed.”
― Cassandra Clare, City of Bones
tags: destruction, love
935 likes

“If you want to know what a man's like, take a good look at how he treats his inferiors, not his equals.”
― J.K. Rowling, Harry Potter and the Goblet of Fire
97075 likes

“The heart lies and the head plays tricks with us, but the eyes see true.”
― George R.R. Martin, A Game of Thrones
268 likes

“Once there was a boy,” said Jace.

“Of course.” For a moment a bleak amusement colored his voice. Then it was gone. “When the boy was six years old, his father gave him a falcon to train. Falcons are raptors – killing birds, his father told him, the Shadowhunters of the sky.

“The falcon didn’t like the boy, and the boy didn’t like it, either. Its sharp beak made him nervous, and its bright eyes always seemed to be watching him. It would slash at him with beak and talons when he came near: For weeks his wrists and hands were always bleeding. He didn’t know it, but his father had selected a falcon that had lived in the wild for over a year, and thus was nearly impossible to tame. But the boy tried, because his father told him to make the falcon obedient, and he wanted to please his father.

“He stayed with the falcon constantly, keeping it awake by talking to it and even playing music to it, because a tired bird was meant to be easier to tame. He learned the equipment: the jesses, the hood, the brail, the leash that bound the bird to his wrist. He was meant to keep the falcon blind, but he couldn’t bring himself to do it – instead he tried to sit where the bird could see him as he touched and stroked its wings, willing it to trust him. Hee fed it from his hand, and at first it would not eat. Later it ate so savagely that its beak cut the skin of his palm. But the boy was glad, because it was progress, and because he wanted the bird to know him, even if the bird had to consume his blood to make that happen.

“He began to see that the falcon was beautiful, that its slim wings were built for the speed of flight, that it was strong and swift, fierce and gentle. When it dived to the ground, it moved like likght. When it learned to circle and come to his wrist, he neary shouted with delight Sometimes the bird would hope to his shoulder and put its beak in his hair. He knew his falcon loved him, and when he was certain it was not just tamed but perfectly tamed, he went to his father and showed him what he had done, expecting him to be proud.

“Instead his father took the bird, now tame and trusting, in his hands and broke its neck. ‘I told you to make it obedient,’ his father said, and dropped the falcon’s lifeless body to the ground. ‘Instead, you taught it to love you. Falcons are not meant to be loving pets: They are fierce and wild, savage and cruel. This bird was not tamed; it was broken.’

“Later, when his father left him, the boy cried over his pet, until eventually his father sent a servant to take the body of the bird away and bury it. The boy never cried again, and he never forgot what he’d learned: that to love is to destroy, and that to be loved is to be the one destroyed.”
― Cassandra Clare, City of Bones

Cassandra Clare
author of
City of B...

Tahereh Mafi
author of
Shatter Me

George R.R. Martin
author of
A Game of...

Marie Rutkoski
author of
The Winne...