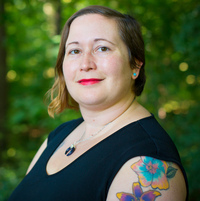 Is anyone else watching HBO’s “I’ll Be Gone in the Dark”? It’s based on the late Michelle McNamara’s book of the same name, which in turn is about the hunt for the Golden State Killer (one that ended after the book was released). However, the docuseries is also an exploration on McNamara’s obsessive personality, and how that both drove her search and led to her death.

I appreciated the focus on McN

Sonora Taylor is currently reading
The Two Towers (The Lord of the Rings, #2)
by J.R.R. Tolkien
bookshelves: series, currently-reading

Sonora Taylor said: " I have admittedly ended my reread early. I have too many other books on my To Read list to slowly go through this one for the third time. Maybe later! "

John Irving
author of
A Prayer ...