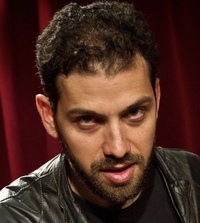 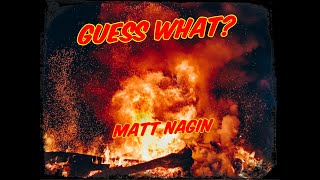 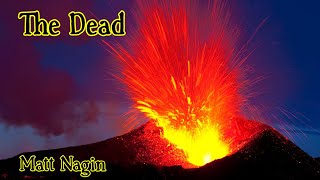 Matt has had satirical work showcased in The Humor Times, The Satirist, Robot Butt, Points In Case and The New York Post. Matt also wrote/directed a short film, "Inside Job," that won awards on the festival circuit, such as Best Short at The Mediterranean Film Festival Cannes and Best Supporting Actor at the Nice International Film Festival.

As an actor, Matt has appeared on a wide range of TV and film programs, most recently in a Co-Star role in a new Amazon series, "Hunters," produced by Jordan Peele. Matt has further performed standup in seven countries, on The Dr. Steve Show, The Wendy Williams Show, and at The Edinburgh Comedy Festival. A survivor of Crohn's disease, for thirty years, Matt was granted The Crohn's and Colitis Foundation's 2019 Mission Award. ...more

Hi. I'm writing this from my kitchen table in Montgomery, Alabama. Most of my life I spent in New York City. Moving here has been a big change but a great one. There is everything you could want down south....sunshine, fresh air, bible study groups. Okay, I don't partake in the last of these, but I am intrigued.

“And do you know what “the world” is to me? Shall I show it to you in my mirror? This world: a monster of energy, without beginning, without end; a firm, iron magnitude of force that does not grow bigger or smaller, that does not expend itself but only transforms itself; as a whole, of unalterable size, a household without expenses or losses, but likewise without increase or income; enclosed by “nothingness” as by a boundary; not something blurry or wasted, not something endlessly extended, but set in a definite space as a definite force, and not a space that might be “empty” here or there, but rather as force throughout, as a play of forces and waves of forces, at the same time one and many, increasing here and at the same time decreasing there; a sea of forces flowing and rushing together, eternally changing, eternally flooding back, with tremendous years of recurrence, with an ebb and a flood of its forms; out of the simplest forms striving toward the most complex, out of the stillest, most rigid, coldest forms striving toward the hottest, most turbulent, most self-contradictory, and then again returning home to the simple out of this abundance, out of the play of contradictions back to the joy of concord, still affirming itself in this uniformity of its courses and its years, blessing itself as that which must return eternally, as a becoming that knows no satiety, no disgust, no weariness: this, my Dionysian world of the eternally self- creating, the eternally self-destroying, this mystery world of the twofold voluptuous delight, my “beyond good and evil,” without goal, unless the joy of the circle is itself a goal; without will, unless a ring feels good will toward itself— do you want a name for this world? A solution for all of its riddles? A light for you, too, you best-concealed, strongest, most intrepid, most midnightly men?— This world is the will to power—and nothing besides! And you yourselves are also this will to power—and nothing besides!”
― Friedrich Nietzsche, The Will to Power
tags: will-to-power
77 likes

“You must never be afraid to go there.”
― Harlan Ellison
71 likes

“Zen teacher Lewis Richmond tells the story of hearing Shunryu Suzuki sum up Buddhism in two words. Suzuki had just finished giving a talk to a group of Zen students when someone in the audience said, “You’ve been talking about Buddhism for nearly an hour, and I haven’t been able to understand a thing you said. Could you say one thing about Buddhism I can understand?” After the laughter died down, Suzuki replied calmly, “Everything changes.” Those words, Suzuki said, contain the basic truth of existence: Everything is always in flux. Until you accept this, you won’t be able to find true equanimity.”
― Phil Jackson, Eleven Rings: The Soul of Success
5 likes

“Loneliness does not come from having no people about one, but from being unable to communicate the things that seem important to oneself, or from holding certain views which others find inadmissible.”
― Carl Gustav Jung
1805 likes

“It doesn't have to make sense, it just has to sound like it does.”
― Elmore Leonard, Freaky Deaky
tags: plausibility
56 likes

Hi Rick! Sure! Thank you!

I’d like to introduce myself. Besides being the author of the Jonathon Stones Mystery Series, I am a strong Author's Advocate. I write articles highlighting other authors books. Also, I do aut..."

I’d like to introduce myself. Besides being the author of the Jonathon Stones Mystery Series, I am a strong Author's Advocate. I write articles highlighting other authors books. Also, I do aut..."

Hi James. Would be happy to talk with you about an interview. Will try to take a look at your series as well. Have a great day!
--Matt

I’d like to introduce myself. Besides being the author of the Jonathon Stones Mystery Series, I am a strong Author's Advocate. I write articles highlighting other authors books. Also, I do author interviews and post them on my blogs. Thanks for friending me.