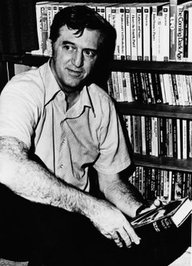 “There's nothing so much like a god on earth as a General on a battlefield.”
― Michael Shaara, The Killer Angels
43 likes
Like

“The truth is, Colonel, that there's no divine spark, bless you. There's many a man alive no more value than a dead dog. Believe me, when you've seen them hang each other...Equality? Christ in Heaven. What I'm fighting for is the right to prove I'm a better man than many. Where have you seen this divine spark in operation, Colonel? Where have you noted this magnificent equality? The Great White Joker in the Sky dooms us all to stupidity or poverty from birth. no two things on earth are equal or have an equal chance, not a leaf nor a tree. There's many a man worse than me, and some better, but I don't think race or country matters a damn. What matters is justice. 'Tis why I'm here. I'll be treated as I deserve, not as my father deserved. I'm Kilrain, and I God damn all gentlemen. I don't know who me father was and I don't give a damn. There's only one aristocracy, and that's right here - " he tapped his white skull with a thick finger - "and YOU, Colonel laddie, are a member of it and don't even know it. You are damned good at everything I've seen you do, a lovely soldier, an honest man, and you got a good heart on you too, which is rare in clever men. Strange thing. I'm not a clever man meself, but I know it when I run across it. The strange and marvelous thing about you, Colonel darlin', is that you believe in mankind, even preachers, whereas when you've got my great experience of the world you will have learned that good men are rare, much rarer than you think.”
― Michael Shaara, The Killer Angels
tags: equality, michael-shaara, movie-quote, the-killer-angels
37 likes
Like

“He bent down, scratched the black dirt into his fingers. He was beginning to warm to it; the words were beginning to flow. No one in front of him was moving. He said, "This is free ground. All the way from here to the Pacific Ocean. No man has to bow. No man born to royalty. Here we judge you by what you do, not by what your father was. Here you can be something. Here's a place to build a home. It isn't the land--there's always more land. It's the idea that we all have value, you and me, we're worth something more than the dirt. I never saw dirt I'd die for, but I'm not asking you to come join us and fight for dirt. What we're all fighting for, in the end, is each other.”
― Michael Shaara, The Killer Angels
31 likes
Like