,
Discover new books on Goodreads
See if your friends have read any of Lydia Kiesling's books 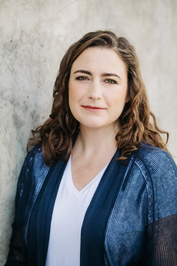 More of Lydia's books…
Quotes by Lydia Kiesling  (?)
Quotes are added by the Goodreads community and are not verified by Goodreads. (Learn more)
“To have a child is to court loss.”
― Lydia Kiesling, The Golden State
2 likes
Like

“...motherhood is not a house you live in but a warren of beautiful rooms, something like Topkapi … some well-trod but magnificent place you’re only allowed to sit in for a minute and snap a photo before you are ushered out.”
― Lydia Kiesling, The Golden State
tags: motherhood
2 likes
Like

“It’s not very comforting,” she says. “If they could do that with some normal person who’s just trying to be with his family imagine all the terrorists they could just let in because no one was paying attention.” Jesus Christ, I think. “Yeah,” I say. “But I think the reason they did that to Engin is because some people think anyone with a possibly Muslim name is a terrorist, and now he can’t be with me and our baby, so that’s not a good policy either.” Nonetheless I allow myself to agree without difficulty with say about the Government, what she has to say about Barack Hussein Obama. I’m sure that’s how she says his name, emphasis on Hussein like that is A Sign of Something and not one of the most common names in the entire goddamn world.”
― Lydia Kiesling, The Golden State
tags: preach-girl
0 likes
Like