From 'Big Little Lies' to Outback-noir, Australian Crime Novels Have a Moment
Australian author Megan Goldin is a former journalist whose thriller The Escape Room is about four colleagues who get trapped...
Read more...
28 likes · 15 comments 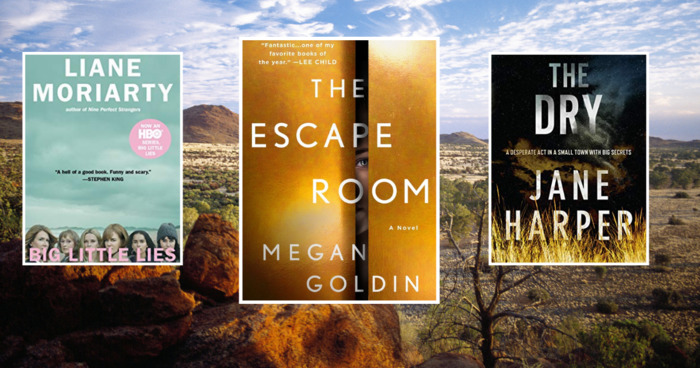 “He used to be married to Dolly Jack, who Ben never met, but he heard his mum say that she left him because of his drinking. Once he gave up booze she said he was too boring, so she moved to Mildura to live with some bloke called Fred. Ben had never seen Fred, but he had a moustache that Ben’s mum said was ‘disgusting’.”
― Mark Brandi, Into the River
0 likes
Like

Voting for May 2019 Group Read - by an Aussie author

Anne wrote: "When will your novel, Wimmera be out in the US? I'm dying to read it after all the great reviews on Goodreads!"

Hi Anne – thanks for getting in touch!
No US release date as yet, but I'll let you know (and post on Wimmera's page) as soon as I have news.
Best,
Mark

When will your novel, Wimmera be out in the US? I'm dying to read it after all the great reviews on Goodreads!