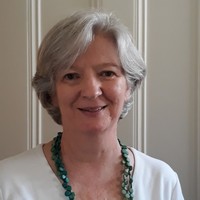 The SS Sultan sails into Fremantle 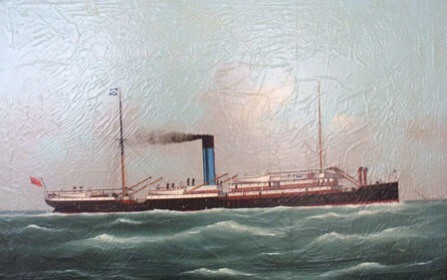 (Today marks the anniversary of the unofficial opening of Fremantle Harbour, when the SS Sultan entered the channel in the Swan River.)

Just after 11 o���clock, on the morning of Tuesday, 4 May 1897, the SS Sultan left its moorings at the long jetty in Gage Roads, off the coast of Fremantle, under the command of Captain Frank Pitts. The ship, with its distinctive blue funnel and twin

“Keep on starting and finishing will take care of itself.”
― Neil Fiore
4 likes

“You can’t observe historical events; you can’t question historical actors; you can’t even know most of what has not been written about. What has been written about therefore takes on an importance that may be spurious. A few lines in a memoir, a snatch of recorded conversation, a letter fortuitously preserved, an event noted in a diary: all become luminous with significance—even though they are merely the bits that have floated to the surface. The historian clings to them, while, somewhere below, the huge submerged wreck of the past sinks silently out of sight.”
― Louis Menand
tags: biography, history
0 likes

“Evidence is always partial. Facts are not truth, though they are part of it – information is not knowledge. And history is not the past – it is the method we have evolved of organising our ignorance of the past. It’s the record of what’s left on the record. It’s the plan of the positions taken, when we to stop the dance to note them down. It’s what’s left in the sieve when the centuries have run through it – a few stones, scraps of writing, scraps of cloth. It is no more “the past” than a birth certificate is a birth, or a script is a performance, or a map is a journey. It is the multiplication of the evidence of fallible and biased witnesses, combined with incomplete accounts of actions not fully understood by the people who performed them. It’s no more than the best we can do, and often it falls short of that.”
― Hilary Mantel
tags: evidence, history, knowledge
9 likes

“I thought with melancholy how an author spends months writing a book, and maybe puts his heart’s blood into it, and then it lies about unread till the reader has nothing else in the world to do.”
― W. Somerset Maugham, The Razor's Edge
tags: blood, book, writer, writing
10 likes

“I do not understand the mystery of grace -- only that it meets us where we are and does not leave us where it found us.”
― Anne Lamott
tags: inspirational-grace
844 likes

Aussie Readers — 6118 members — last activity 7 minutes ago
A group for all Australian Goodreads members (and those interested in Australia), no matter what they read!