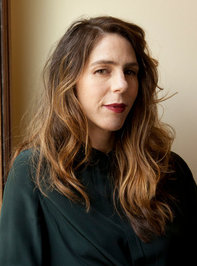 Rachel Kushner isn't a Goodreads Author (yet), but she does have a blog, so here are some recent posts imported from her feed.

“People who are harder to love pose a challenge, and the challenge makes them easier to love. You're driven to love them. People who want their love easy don't really want love.”
― Rachel Kushner, The Flamethrowers
51 likes
Like

“I was doing that thing the infatuated do, stitching destiny onto the person we want stitched to us.”
― Rachel Kushner, The Flamethrowers
tags: destiny, infatuation
26 likes
Like

“It was not the case that one thing morphed into another, child into woman. You remained the person you were before things happened to you. The person you were when you thought a small cut string could determine the course of a year. You also became the person to whom certain things happened. Who passed into the realm where you no longer questioned the notion of being trapped in one form. You took on that form, that identity, hoped for its recognition from others, hoped someone would love it and you.”
― Rachel Kushner, The Flamethrowers
21 likes
Like

What shall we read as a group in December? Please pick one then join us to read the winner next month.

Is this you? Let us know. If not, help out and invite Rachel to Goodreads.