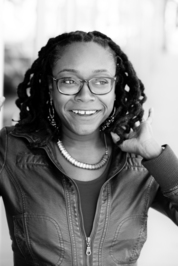 Member Since
May 2012
edit data

Margaret is currently reading
The House of the Spirits
by Isabel Allende (Goodreads Author)
bookshelves: currently-reading

Margaret is currently reading
Next to Love
by Ellen Feldman
bookshelves: currently-reading

“For the rest of her life, Jackie wouldn't forget that comment. She and her daddy weren't as close as they had been, and she felt a pang in her chest whenever she saw him with Sybil, but most of that jealousy was mitigated by T.C. When she had the baby, she realized how much a parent loved a child, and she assumed her father's feelings for her were at least as sturdy. Because of that perspective, all this time she had also assumed that when he asked her how she was doing, when he drove her car to the lot for oil changes, moved her furniture, stopped by unannounced, and paid her light bill, that there was nothing else in the world he'd rather be doing. In reality though he'd been building up anger with every check he signed, every mile he drove, and the last thing she wanted was a favor laced in resentment. She waited for her mam to cut in with a word that might coat the ferocity of what had just been said, but there was only silence, a heavy resolve as though Jackie were the one who needed to explain, as if she would do anything differently if the circumstances tumbled into her lap again.”
― Margaret Wilkerson Sexton, A Kind of Freedom
3 likes
Like

“He's a black man in this world," Major has scolded me. "You got him used to sweetness when life gon' be tart.”
― Margaret Wilkerson Sexton, The Revisioners
tags: family, literature, race-relations, racism, supernatural
2 likes
Like

“He was by no means a thief, but Jackie had learned the hard way that life could drag disgrace out of you.”
― Margaret Wilkerson Sexton, A Kind of Freedom
1 likes
Like

Please vote for our August Group read with a New Author (Debut) theme. The poll will close at midnight on July 23, the selection will be announced on July 24, and reading will start on August 15.

-- The Warmth of Other Suns: The Epic Story of America's Great Migration by Isabel Wilkerson
4 votes 9.5%

-- A Kind of Freedom by Margaret Wilkerson Sexton
4 votes 9.5%