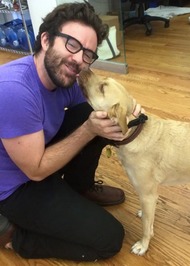 “Living alone? Living truly and utterly alone by cutting yourself off from others and the possibility of real human connection through keeping people at a distance, first as a choice out of fear, then as a learned defense mechanism to prevent suffering?”
― Nate Dern, Not Quite a Genius
0 likes
Like

“This, I realized now watching Dienekes rally and tend to his men, was the role of the officer: to prevent those under this command, at all stages of battle--before, during and after--from becoming "possessed." To fire their valor when it flagged and rein in their fury when it threatened to take them out of hand. That was Dienekes' job. That was why he wore the transverse-crested helmet of an officer. His was not, I could see now, the heroism of an Achilles. He was not a superman who waded invulnerably into the slaughter, single-handedly slaying the foe by myriads. He was just a man doing a job. A job whose primary attribute was self-restraint and self-composure, not for his own sake, but for those whom he led by his example.”
― Steven Pressfield, Gates of Fire
tags: officer, officership, warrior, warrior-ethos
24 likes
Like