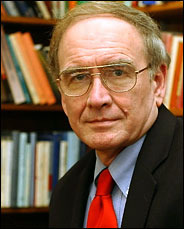 “Historical consciousness therefore leaves you, as does maturity itself, with a simultaneous sense of your own significance and insignificance. Like Friedrich's wanderer, you dominate a landscape even as you're diminished by it. You're suspended between sensibilities that are at odds with one another, but it's precisely within that suspension that your own identity--whether as a person or a historian--tends to reside. Self-doubt must always precede self-confidence. It should never, however, cease to accompany, challenge, and by these means discipline self-confidence.”
― John Lewis Gaddis, The Landscape of History: How Historians Map the Past
14 likes
Like

“. . .biographers tend to regard as character those elements of personality that remain constant, or nearly so, throughout. . .Like practitioners of fractal geometry, biographers seek patterns that persist as one moves from micro- to macro-levels of analysis, and back again.
. . .
It follows from this that the scale across which we seek similarity need not be chronological. Consider the following incidents in the life of Stalin between 1929 and 1940, arranged not by dates but in terms of ascending horror. Start with the parrot he kept in a cage in his Kremlin apartment. The dictator had the habit of pacing up and down for long periods of time, smoking his pipe, brooding, and occasionally spitting on the floor. One day the parrot tried to mimic Stalin's spitting. He immediately reached into the cage with his pipe and crushed the parrot's head. A very micro-level event, you might well say, so what?

But then you learn that Stalin, while on vacation in the Crimea, was once kept awake by a barking dog. It turned out to be a seeing-eye dog that belonged to a blind peasant. The dog wound up being shot, and the peasant wound up in the Gulag. And then you learn that Stalin drove his independently minded second wife, who tried to talk back to him, into committing suicide. And that he arranged for Trotsky, who also talked back, to be assassinated halfway around the world. And that he arranged as well the deaths of as many of Trotsky's associates that he could reach, as well as the deaths of hundred of thousands of other people who never had anything to do with Trotsky. And that when his own people began to talk back by resisting the collectivization of agriculture, he allowed some fourteen million of them to die from the resulting starvation, exile, or imprisonment.

Again, there's self-similarity across scale, except that the scale this time is a body count. It's a fractal geometry of terror. Stalin's character extended across time and space, to be sure, but what's most striking about it is its extension across scale: the fact that his behavior seemed much the same in large matters, small matters, and most of those that lay in between.”
― John Lewis Gaddis, The Landscape of History: How Historians Map the Past
4 likes
Like

“Stalin’s postwar goals were security for himself, his regime, his country, and his ideology, in precisely that order.”
― John Lewis Gaddis, The Cold War: A New History
4 likes
Like