Discover new books on Goodreads
See if your friends have read any of Travis M. Riddle's books 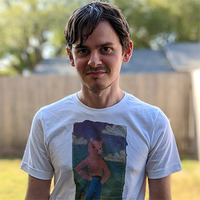 “When he got angry, or nervous, or regretful, or—the list went on—Oliver would imagine conversations in his head with people. He’d go through what he wanted to say to them but probably never would, or how he wished he’d handled something in retrospect. Over the past two years, he held a significant number of these conversations with Noah. He’d lay in bed at night, tossing and turning, thinking about what he wanted to say to his friend. The more he thought about it, the more it seemed like a need than a want. But he never said those things, and now he was never going to say those things. They would remain boiling frustrations in his head, bubbling over, threatening to spill out.”
― Travis M. Riddle, The Narrows
0 likes
Like