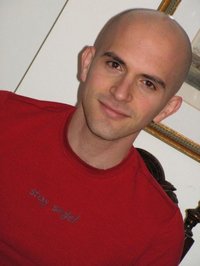 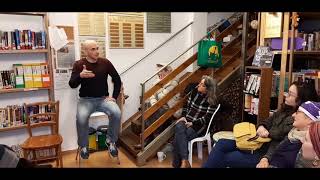 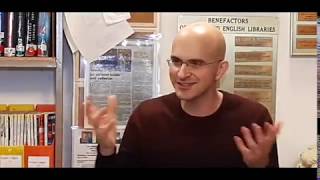 Born in Israel, he served for four years in the Israeli Army. After his military service he worked as a team leader in various high-tech firms, ran his own Search Engine Optimization business, and lectured in the faculty of Business Management in Tel Aviv University. He holds a degree in computer s Jonathan Dunsky is the author of six crime novels, five of which -- Ten Years Gone, The Dead Sister, The Auschwitz Violinist, A Debt of Death, and A Deadly Act -- are mysteries taking place in the early days of the State of Israel and featuring private investigator Adam Lapid, a holocaust survivor and former soldier and Nazi hunter. He has also published a standalone thriller called The Payback Girl and a number of short stories in various genres.

Born in Israel, he served for four years in the Israeli Army. After his military service he worked as a team leader in various high-tech firms, ran his own Search Engine Optimization business, and lectured in the faculty of Business Management in Tel Aviv University. He holds a degree in computer sciences and business. He's lived for several years in Europe and currently resides in Israel with his wife and two sons.

Last Saturday, I attended the birthday party of my wife’s two-year-old nephew.

The party was held in Kiryat Sefer Park in Tel Aviv. A stone’s throw away is Lunz Street, which readers of the Adam Lapid series may remember from Ten Years Gone, book 1 in the series.

A good number of scenes in Ten Years Gone take place in Lunz Street. And it is the scene of a particularly gruesome crime in the novel.

“Many of our fellow citizens do not believe that people can have mental issues and still be good, functioning members of society. One day this will change.”
― Jonathan Dunsky, The Auschwitz Violinist
0 likes
Like

“had met his kind of policeman before. They were the sort who saw no problem with planting evidence, writing false reports, employing deceitful witnesses, using force in their interrogations of suspects. They existed on every police force in every country. And the problem was that they knew how to work the system. They knew how to talk in court, how to present their evidence in a way that was hard to refute. They hid behind their immaculate uniform and badge and misused their power. And judges tended to believe every word that came out of their dirty, corrupted mouths.”
― Jonathan Dunsky, The Dead Sister
0 likes
Like

“The easy confidence with which I know another man's religion is folly teaches me to suspect that my own is also.”
― Mark Twain
tags: humor, philosophy, religion
2413 likes
Like

“I must have a prodigious amount of mind; it takes me as much as a week, sometimes, to make it up!”
― Mark Twain
tags: decisions, humor, mind
1180 likes
Like

“I was a young black man, light-skinned enough so that four out of five people who met me, of whatever race, assumed I was white.... I was a homosexual who now knew he could function heterosexually.

And I was a young writer whose early attempts had already gotten him a handful of prizes....

So, I thought, you are neither black nor white.

You are neither male nor female.

And you are that most ambiguous of citizens, the writer.

There was something at once very satisfying and very sad, placing myself at this pivotal suspension. It seemed, in the park at dawn, a kind of revelation--a kind of center, formed of a play of ambiguities, from which I might move in any direction. ”
― Samuel R. Delany, The Motion of Light in Water: Sex and Science Fiction Writing in the East Village
31 likes
Like

“For these beings, fall is ever the normal season, the only weather, there be no choice beyond. Where do they come from? The dust. Where do they go? The grave. Does blood stir their veins? No: the night wind. What ticks in their head? The worm. What speaks from their mouth? The toad. What sees from their eye? The snake. What hears with their ear? The abyss between the stars. They sift the human storm for souls, eat flesh of reason, fill tombs with sinners. They frenzy forth....Such are the autumn people.”
― Ray Bradbury
tags: halloween, something-wicked-this-way-comes
195 likes
Like

Thanks for the add Jonathan!