,
Discover new books on Goodreads
See if your friends have read any of Ilyn Ross's books 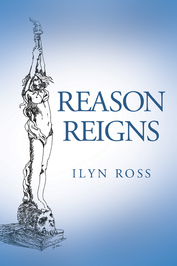 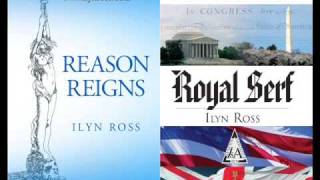 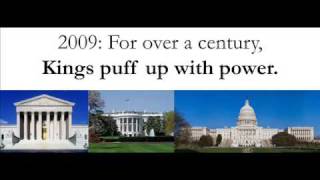 Website
http://www.ilynross.com
Genre
Literature & Fiction, Mystery & Thrillers
Member Since
July 2008
URL
https://www.goodreads.com/ilyn_ross
edit data
I learned fiction writing from Ayn Rand's The Romantic Manifesto (A Philosophy of Literature), and from books that pleasure me. I revere Ayn Rand and her hero in The Fountainhead, Howard Roark.

The values, virtues, and achievements of my heroes, as well as their battles, are an inspiration in my life and writing.

I work in the IT department of a company located in Midtown Manhattan.

My political articles are here: http://ilynross.blogspot.com/ I learned fiction writing from Ayn Rand's The Romantic Manifesto (A Philosophy of Literature), and from books that pleasure me. I revere Ayn Rand and her hero in The Fountainhead, Howard Roark.

The values, virtues, and achievements of my heroes, as well as their battles, are an inspiration in my life and writing.

I work in the IT department of a company located in Midtown Manhattan.

“4. Religion. Your reason is now mature enough to examine this object. In the first place, divest yourself of all bias in favor of novelty & singularity of opinion... shake off all the fears & servile prejudices, under which weak minds are servilely crouched. Fix reason firmly in her seat, and call to her tribunal every fact, every opinion. Question with boldness even the existence of a God; because, if there be one, he must more approve of the homage of reason, than that of blindfolded fear. You will naturally examine first, the religion of your own country. Read the Bible, then as you would read Livy or Tacitus. The facts which are within the ordinary course of nature, you will believe on the authority of the writer, as you do those of the same kind in Livy and Tacitus. The testimony of the writer weighs in their favor, in one scale, and their not being against the laws of nature, does not weigh against them. But those facts in the Bible which contradict the laws of nature, must be examined with more care, and under a variety of faces. Here you must recur to the pretensions of the writer to inspiration from God. Examine upon what evidence his pretensions are founded, and whether that evidence is so strong, as that its falsehood would be more improbable than a change in the laws of nature, in the case he relates. For example in the book of Joshua we are told the sun stood still several hours. Were we to read that fact in Livy or Tacitus we should class it with their showers of blood, speaking of statues, beasts, &c. But it is said that the writer of that book was inspired. Examine therefore candidly what evidence there is of his having been inspired. The pretension is entitled to your inquiry, because millions believe it. On the other hand you are astronomer enough to know how contrary it is to the law of nature that a body revolving on its axis as the earth does, should have stopped, should not by that sudden stoppage have prostrated animals, trees, buildings, and should after a certain time have resumed its revolution, & that without a second general prostration. Is this arrest of the earth's motion, or the evidence which affirms it, most within the law of probabilities? You will next read the New Testament. It is the history of a personage called Jesus. Keep in your eye the opposite pretensions: 1, of those who say he was begotten by God, born of a virgin, suspended & reversed the laws of nature at will, & ascended bodily into heaven; and 2, of those who say he was a man of illegitimate birth, of a benevolent heart, enthusiastic mind, who set out without pretensions to divinity, ended in believing them, and was punished capitally for sedition, by being gibbeted, according to the Roman law, which punished the first commission of that offence by whipping, & the second by exile, or death in fureâ.

...Do not be frightened from this inquiry by any fear of its consequences. If it ends in a belief that there is no God, you will find incitements to virtue in the comfort and pleasantness you feel in its exercise, and the love of others which it will procure you... In fine, I repeat, you must lay aside all prejudice on both sides, and neither believe nor reject anything, because any other persons, or description of persons, have rejected or believed it... I forgot to observe, when speaking of the New Testament, that you should read all the histories of Christ, as well of those whom a council of ecclesiastics have decided for us, to be Pseudo-evangelists, as those they named Evangelists. Because these Pseudo-evangelists pretended to inspiration, as much as the others, and you are to judge their pretensions by your own reason, and not by the reason of those ecclesiastics. Most of these are lost...

“It is from the Bible that man has learned cruelty, rapine, and murder; for the belief of a cruel God makes a cruel man.”
― Thomas Paine, The Age of Reason
tags: belief, bible, cruel, cruelty, murder, rapine, the-bible
372 likes

The Mystery of Victorian England — 80 members — last activity Aug 06, 2021 01:57PM
It is for all of those Anne Perry fans out there. It gives them a chance to talk about her and her books.

Thank you very much for the add.

Any recommendations for first time readers of Ayn Rand, philosophy, and political thinking?

Ilyn, I'm looking forward to reading your books. I'm thrilled to find a fellow fiction author who has a profound reverence for man!

Get to a computer..and starting typing!! All of the stars are summoning us to create!

i am fine. welcome you and thanks have a nice day

Thanks for the recommendations. I'm keeping my eyes on your writing.

How are you? We haven't talked in a while.

Thank you for the invitation, accepting was my pleasure.
Did I see you live in Piscataway? I grew up at Exit 8, so I'm somewhat familiar with the area. Now I'm freezing my butt off in NH. Feh.
I'll check out those groups, and your books as well. If I ever finish this book I'm reading now, not one page read this week. *sigh*
Thanks again, and have a great weekend.

Thank you, Ilyn, for the feedback. I was not aware that Ayn Rand had written advice on writing?!?!

Truly am an admirer of history & its great leaders. Trying my hand at some writing--nonfiction (early memories) started pouring when I travelled to assist my Father last Spring '08..and have been evolving into some interesting-themed fiction, I believe!?!

Hello Ilyn,
thank you adding me as a friend. I'm new at goodreads and I have to say I really like it. Many greetings!

Thank's for being my first friend on Goodreads!! I have a request for your book, "Royal Serf" at the library. Can't wait to read it!

Thanks for the groups invite!

Your book looks interesting..my "To Read" list gets longer and longer Teresa :)

and thanks for accepting the invite. i wiiill check your book out. =)

thanks for invititng me... anyway, what is your nationality?

You are an inspiration to self-published authors everywhere. I'm glad we are friends, Elise

Hey,
Thanks for the invite, you're my very 1st friend on Goodreads !
Have a very nice day.

Heyy Ilyn
Im Great thanks.. sure I will look at those groups and hopefully read as much of the books as I can :)

Nice to meet you, best of luck!

Hello Ilyn,
thanks for your friend-request :)
I go to visit the groups that you have suggested me..thank you!!
Have a great day!!
Best whishes!

Have a nice week.

I,ll check out those groups

You're welcome, thanks for the friend request.
May I ask why you sent me a request though? Just curious.

Hi!
Thanks so much for the request, and I'll be more than happy to check out those groups. I hope you have a wonderful day Ilyn!!
All my love,
Roxanne

Hi Ilyn
Coming from the other side of the pond. I would like to join in with these discussions. But they are if you excuse me very American. I have read a great deal about America I especially liked the writings of Studs Terkel
I have recently finished a great novel Called BRAZIL``written by LINCOLN ERROL.
I have a question. Why has the USA been at war with someone since 1774 till the present day/

Ilyn!
It's nice to meet you to!
I always enjoy fellow Marilyn Admirers!

Have a Good Day

I'm doing great...how are u?
And you are very welcome and thank you for sending it!
I wish you the best as well!

And once i get the chance i will check them out

Hi Ilyn! Thank you for adding at friendlist. And the worlds is open to share now. Gracias!

hi! Ilyn! that was a really nice welcome!!
how are you??
of course i'll check the groups you said

ps. sorry i took so long to reply

Hi im great thanks how are you?
I will be sure to check out the groups you mentioned
:)

I will let you know when I finish reading the first part of Royal Serf.

Thanx. I'm fine. I would like to read your books as I doubt they'll be avaiable in Poland.

How are you? Thank you for accepting my friend-request, for your message, and for marking Reason Reigns & Royal Serf to-read. It’s so nice to meet you. I wish you everything good.

I have everything perfectly. How are you doing?

Thank you for the invitation to become friends. And I really want to read your books, even though previously I did not hear about them, unfortunately.

I will necessarily glance at these groups. Many thanks.

Thank you for adding. I hope we will good friends! =)

Thanks for the add and nice to met you :-)

Apologies for my delayed reply, I'm not very good at keeping up with these things...I get distracted by all the books...

Anyways, its lovely to have you as a friend and I thank you for adding me :-) I'm definitely going to have a look at the groups you've suggested and knowing me join a few too.

Hope you're having a lovely month,

Pob hwyl (all the best)

Hi Ilyn,
Thank you for the warm welcome.
I am looking forward to having a good look around, and will check out the groups you suggested.
Thanks again
Larissa

I am quite well, thank you for asking. :) How are you? Your novel, "Reason Reigns" sounds very intriguing. I plan on checking it out ASAP! :D

I will browse through as soon as I get the chance..

Read and now rereading your new novel "The Royal Serf". Am so overwhelmed with its message. My salute to you for such boldness and courage. Ilyn Ross has really metamorphosed into one of her beau ideal.

I am doing well. Thank you for asking. It is my pleasure to accept your friend request. Thank you for suggesting those groups I will certainly check them out.

Thankyou for the add! :) 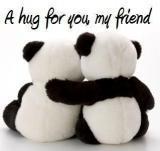 Thanks for the add Ilyn :) Hoping to read "Reason Reigns" soon!

Hello Ilyn, thank you for inviting me to be your friend. I am trying to read 2 books by new authors (new to me, at least) every month as part of my 2009 New Year's resolution, so perhaps I will be able to find a copy of your new book "Reason Reigns" to add to my list. Good luck with all your artistic endeavors!