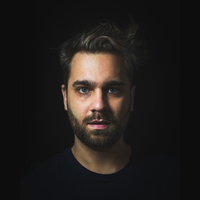 Angelo Zinna is currently reading
Rebel Cities: From the Right to the City to the Urban Revolution
by David Harvey
bookshelves: currently-reading

“There is nothing so annoying as to be fairly rich, of a fairly good family,
pleasing presence, average education, to be "not stupid," kindhearted,
and yet to have no talent at all, no originality, not a single idea
of one's own—to be, in fact, "just like everyone else."
Of such people there are countless numbers in this world—far more
even than appear. They can be divided into two classes as all men
can—that is, those of limited intellect, and those who are much cleverer.
The former of these classes is the happier.
To a commonplace man of limited intellect, for instance, nothing is
simpler than to imagine himself an original character, and to revel in that
belief without the slightest misgiving.
Many of our young women have thought fit to cut their hair short, put
on blue spectacles, and call themselves Nihilists. By doing this they have
been able to persuade themselves, without further trouble, that they
have acquired new convictions of their own. Some men have but felt
some little qualm of kindness towards their fellow-men, and the fact has
been quite enough to persuade them that they stand alone in the van of
enlightenment and that no one has such humanitarian feelings as they.
Others have but to read an idea of somebody else's, and they can immediately
assimilate it and believe that it was a child of their own brain.
The "impudence of ignorance," if I may use the expression, is developed
to a wonderful extent in such cases;—unlikely as it appears, it is met
with at every turn.
... those belonged to the other class—to the "much cleverer"
persons, though from head to foot permeated and saturated with
the longing to be original. This class, as I have said above, is far less
happy. For the "clever commonplace" person, though he may possibly
imagine himself a man of genius and originality, none the less has within
his heart the deathless worm of suspicion and doubt; and this doubt
sometimes brings a clever man to despair. (As a rule, however, nothing
tragic happens;—his liver becomes a little damaged in the course of time,
nothing more serious. Such men do not give up their aspirations after
originality without a severe struggle,—and there have been men who,
though good fellows in themselves, and even benefactors to humanity,
have sunk to the level of base criminals for the sake of originality)”
― Fyodor Dostoyevsky, The Idiot