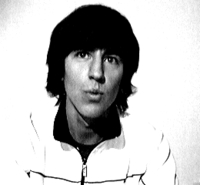 A review, but mostly a philosophy on books. (Literature & Fiction)
1 chapters   —   updated Mar 29, 2010 04:35PM
Description: This started off as a review of Everything is Illuminated, by Jonathan Safran Foer, but I couldn't properly review it without writing my ideas about what makes a good book. And since I had never written those ideas down before, I did it here. Enjoy.

Brian Godsey said: " I've read less than a quarter of this anthology, but I'll already say that it's brilliant. Or, perhaps every anthology of fiction is this brilliant. It's got bits of everything.

Gabriel García Márquez's story The Handsomest Drowned Man in t I've read less than a quarter of this anthology, but I'll already say that it's brilliant. Or, perhaps every anthology of fiction is this brilliant. It's got bits of everything.

Gabriel García Márquez's story The Handsomest Drowned Man in the World is a masterpiece. It's like One Hundred Years of Solitude distilled into its purest spirit, fit onto just a few pages. ...more "

“Also, I named the algorithm I presented in the paper BAyesian Clustering Over Networks, also known as BACON, so I have that going for me.”
― Brian Godsey, Think Like a Data Scientist: Tackle the data science process step-by-step
tags: bayesian-statistics, data-science, humour, probability
0 likes
Like

“If only you’d remember before ever you sit down to write that you’ve been a reader long before you were ever a writer. You simply fix that fact in your mind, then sit very still and ask yourself, as a reader, what piece of writing in all the world Buddy Glass would most want to read if he had his heart’s choice. The next step is terrible, but so simple I can hardly believe it as I write it. You just sit down shamelessly and write the thing yourself. I won’t even underline that. It’s too important to be underlined.”
― J.D. Salinger, Raise High the Roof Beam, Carpenters & Seymour: An Introduction
100 likes
Like

“Don’t let us forget that the causes of human actions are usually immeasurably more complex and varied than our subsequent explanations of them.”
― Fyodor Dostoevsky, The Idiot
tags: humanity
874 likes
Like

“Man is least himself when he talks in his own person. Give him a mask, and he will tell you the truth.”
― Oscar Wilde
tags: truth
6662 likes
Like

The Catcher in the Rye — 27 members — last activity Apr 22, 2012 06:21AM
Boy, i tell you, if you found the book silly,utterly depressing and love reading those corny lines again and again about crazy Holden, join the ride!!

I agree that some of the images were good, but for me, most of them were in that "other" world, like the shadow, and the gate guard with all his knives. Also, the main character walking around the walled city with show falling everywhere. :-)

My favorite non-sci-fi sci-fi book is Hitchhikers Guide to the Galaxy, but that's just the obvious choice. :-)

i like the way images from his books stay with me for a really long time and they are clear and beautiful. like in hard boiled wonderland and the end of the worl, i think about the woman in a pink suit slowly making her way down a hotel hallway and, the woman reading skulls silently in a dusty library.

i dont really like most sci-fi either but if you've got any sci-fi that's not really sci-fi recommendations i would be keen.

In my review, I wrote that Sci-Fi isn't exactly my thing, but I liked this book because even though it was kind of out there, I could believe what was happening for the most part. And this believability (even in our world) is probably the best part of Murakami's writing.

The negative side of Murakami's writing is that he simply tells a story, and rarely mixes personal ideas and commentary (both of which I really like) into the narration. So, I got bored, especially in the middle of the book when the characters were trying to get somewhere, but were taking forever to get there.

I'd probably read something else from him (thought I've already read a book of his short stories).

What did you think of the book?

hey, thanks for adding me. i like your reviews. what did you think of hard boiled wonderland and the end of the world? (unfotunately i cant read your review...)