Discover new books on Goodreads
See if your friends have read any of M.A. Innes's books 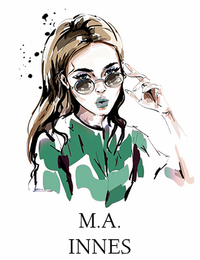 When M.A. Innes wants to write a little more mainstream, she writes under the name: Shaw Montgomery

Do you want to get sneak peeks at upcoming books? Personal updates? A chance at freebies and more?
Click here to join M.A. Innes Newsletter!
M.A. Innes writes kinky and curious things like age play, puppy play, sweet guys in lingerie, cute boys in search of a Daddy and more.

When M.A. Innes wants to write a little more mainstream, she writes under the name: Shaw Montgomery

Do you want to get sneak peeks at upcoming books? Personal updates? A chance at freebies and more?
Click here to join M.A. Innes Newsletter!
...more

Learning to Trust and My Cameron Now on Audible!

I’ve been watching Audible for days wondering which of the new audiobooks would show up first…and wouldn’t you know, they came out on the same day.

Learning to Trust is the first book in The Education of the Heart series. It’s an age play romance with a Daddy who doesn’t realize he’s a Daddy and isn’t sure how to define his sexuality.

“Yes, ma’am, but can I get a piece of the chocolate cake to go?” She gave me a long look. “You that hungry?” Laughing, I shook my head and decided to go for it. She wasn’t going to let it drop, anyway. “No, Cooper’s waiting for us at their house”—I gestured to a wide-eyed Sawyer—“because he had to work late, so this will be a nice surprise.” The wily old woman gave me a knowing look. “Nice to think of his roommate.” “No, he’s our other boyfriend.” And it was out. Sawyer was waiting for the ceiling to come crashing down, but she grinned. “I got a book like that at home. I’ll get you boys a big piece to take to your fella.” Alice walked off, still grinning and mumbling something about how she wished things had been different back in her day. I had to laugh. She’d have been hell on wheels when she was young no matter what the social norms had been then. Shaking his head and clearly trying to figure out what had happened, Sawyer watched her walk away. He and Cooper must have had a difficult time growing up, but I was glad he was getting to see that there were people out there who wouldn’t care. And then there were dirty old ladies who were going to have entirely too much fun caring.”
― M.A. Innes, The Accidental Master
3 likes
Like

“There was no way to keep yourself from falling in love when you found that one person who knew all the weird things about you and thought that was what made you special.”
― M.A. Innes, Almost Strangers
2 likes
Like

“Kind of. I’m ready for sex and more scene stuff, but he wants me to be sure and to think things through. You’d think I was crazy instead of just a virgin. I’m not sure after the whole tail thing if I’m still a virgin. What do you think?”
― M.A. Innes, Quiet Strength
1 likes
Like