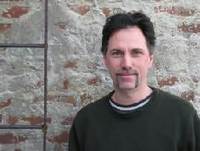 Born
Zurich, Switzerland
Website
http://www.sff.net/people/stilskin/
Genre
Fantasy
edit data
The author of Waking Beauty, Paul Witcover has also written a biography of Zora Neale Hurston and numerous short stories. He is the co-creator, with Elizabeth Hand, of the cult comic book series Anima and has served as the curator of the New York Review of Science Fiction reading series. His work has also appeared on HBO. He lives and writes in New York City.

“The war was a factory that cranked out casualties with all the frightful efficiency of the modern assembly line. That had become its real purpose, she knew, regardless of all the patriotic blather about duty, honor, and country or putting paid to the depradations of the Hun. Those were excuses, delusions, lies. Men had begun the war, but it had long since escaped them, acquiring its own implacable momentum. And as long as fresh recruits kept coming, as long as hospitals like this one patched up the wounded and sent them back, it seemed likely to go on producing its horrors. The very scale of the slaughter ensured its continuance, for to stop in the face of such appalling losses would be to acknowledge that the dead had perished in vain. The war was its own thing now, a machine for grinding up people's lives. Or no, she thought, not a machine at all: it was alive, a bloated creature as red and raw as a shell wound, a battlefield birth of splintered bone, hot shrapnel, and glutinous mud, suckled on blood, with a hunger that increased the more it was fed.”
― Paul Witcover, Dracula : Asylum (Dracula
3 likes
Like