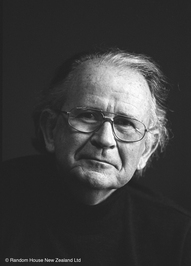 Librarian note: There is more than one author in the Goodreads database with this name.

Librarian note: There is more than one author in the Goodreads database with this name.

“If you are different from the rest of the flock, they bite you”
― Vincent O'Sullivan, The Next Room
tags: difference, individuality, normal
129 likes
Like

“At length, one evening towards the end of March, the mental clearness of Orange somewhat revived, and he felt himself compelled to get up and put on his clothes. The nurse, thinking that the patient was resting quietly, and fearing the shine of the lamp might distress him, had turned it low and gone away for a little: so it was without interruption, although reeling from giddiness, and scorched with fever, that Rupert groped about till he found some garments, and his evening suit. Clad in these, and throwing a cloak over his shoulders, he went downstairs. Those whom he met, that recognized him, looked at him wonderingly and with a vague dread; but he appeared to have his understanding as well as they, and so he passed through the hall without being stopped; and going into the bar, he called for brandy. The bar-tender, to whom he was known, exclaimed in astonishment; but he got no reply from Orange, who, pouring himself out a large quantity of the fiery liquor found it colder than the coldest iced water in his burning frame. When he had taken the brandy, he went into the street. It was a bleak seasonable night, and a bitter frost-rain was falling: but Orange went through it, as if the bitter weather was a not unwelcome coolness, although he shuddered in an ague-fit. As he stood on the corner of Twenty-third Street, his cloak thrown open, the sleet sowing down on his shirt, and the slush which covered his ankles soaking through his thin shoes, a member of his club came by and spoke to him.

"Why, good God! Orange, you don't mean to say you're out on a night like this! You must be much better--eh?" he broke off, for Orange had given him a grey look, with eyes in which there was no speculation; and the man hurried away scared and rather aghast. "These poet chaps are always queer fishes," he muttered uneasily, as he turned into the Fifth Avenue Hotel.

Of the events of terror and horror which happened on that awful night, when a human soul was paying the price of an astonishing violation of the order of the universe, no man shall ever tell. Blurred, hideous, and enormous visions of dives, of hells where the worst scum of the town consorted, of a man who spat on him, of a woman who struck him across the face with her umbrella, calling him the foulest of names--visions such as these, and more hateful than these, presented themselves to Orange, when he found himself, at three o'clock in the morning, standing under a lamp-post in that strange district of New York called "The Village."

“Yesterday afternoon I took from amongst my books a novel of Rupert Orange, and as I turned over the leaves, I fell to pondering how difficult it is to obtain any of his works to-day, while but a few years ago all the world was reading them; and to lose myself in amaze at our former rapturous and enthusiastic admiration of his literary art, his wit, his pathos. For in truth his art is a very tawdry art to my present liking; his wit is rather stale, his pathos a little vulgar. And the charm has likewise gone out of his poetry: even his 'Chaunt of the Storm-Witch,' which we were used to think so melodious and sonorous, now fails to please. To explain the precise effect which his poetry has upon me now, I am forced to resort to a somewhat unhappy figure; I am forced to say that his poetry has an effect on me like sifted ashes! I cannot in the least explain this figure; and if it fails to convey any idea to the reader, I am afraid the failure must be set down to my clumsy writing. And yet what praise we all bestowed on these works of Rupert Orange! How eagerly we watched for them to appear; how we prized them; with what zeal we studied the newspapers for details of his interesting and successful life!

Is this you? Let us know. If not, help out and invite Vincent to Goodreads.