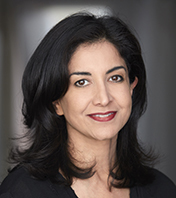 Website
http://thesecretlifeoffat.com/
Twitter
sylviataraphd
edit data
Sylvia Tara holds a PhD in biochemistry from the University of California at San Diego and an MBA from the Wharton School of the University of Pennsylvania. She was a consultant with McKinsey & Company and has worked at the world’s largest biotechnology companies. Tara lives in the Los Angeles area.

Sylvia Tara isn't a Goodreads Author (yet), but she does have a blog, so here are some recent posts imported from her feed.

Staying Productive During the Coronavirus Pandemic 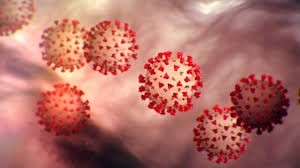 I hope you are all doing well and staying safe during the coronavirus pandemic. Just a few months ago, who would have thought we’d be hunkered down fearing a microscopic organism with potential to burrow into our lungs. I live in a region under lock down so I’m staying at home, at most going to the grocery store. It’s only been a week of this and I already feel like a hibernating sloth. I don’t kn

“There’s a difference between science and faith. What you believe belongs in faith and not in science. In science you have to go by data. I have faced people who are skeptical, but when I ask them why, they can’t pinpoint a specific reason. Science is not about belief, it is about fact. There is a saying—‘In God we trust, all others bring data.”
― Sylvia Tara, The Secret Life of Fat
0 likes
Like

“This research suggests the usefulness of prediet exercises to first build your self-control “muscles” before addressing bigger challenges such as sustained weight loss regimen. One could start with noneating-related tasks by, for example, committing to make the bed within thirty minutes after waking up, and then take on another task, such as cutting out a type of food, like cookies or chips. Having a successive number of small wins gives a feeling of confidence, which builds over time. Inching your way toward controlling food rather than adopting an all-or-nothing approach builds a foundation for future success.”
― Sylvia Tara, The Secret Life of Fat: The Science Behind the Body's Least Understood Organ and What It Means for You
0 likes
Like

“Temptation Bundling One approach to fighting wayward urges involves “temptation bundling,” in which subjects couple a “want” activity with a “should.” In one experiment, Milkman divided participants into three groups. The full group was allowed to listen to audio novels of their choice only at the gym; after their workouts, the novels were locked away. The intermediate group was allowed to keep the audio novels but was encouraged to listen only at the gym. The third, unrestricted group was not limited in any way and could listen to novels whenever they chose. At the start of a nine-week intervention, the full group visited the gym 51 percent more often than the unrestricted group. The intermediates visited the gym 29 percent more than the unrestricteds. Meaning: pairing a “want” activity (listening to a juicy audiobook) with a “should” one (going to the gym) was a strong incentive to exercise. The method was so valuable that when the experiment was done, 61 percent of the participants opted to pay the gym to restrict access to their audiobooks. The effect fades over several months, though, so people have to switch the “want” activity to stay engaged. Even so, these results open up multitudes of possibilities. If we pair an unappealing chore with something we like to do, we increase the odds that we’ll perform the challenging task. For example, you could buy yourself an item of clothing every week you lose some weight. This will force you to assess your body and give you a reward for being disciplined. This is temptation bundling, but it’s also giving yourself a break from a constant stream of “should” activities. It recharges your brain and makes you stronger for the next time a little self-control is required (see below, “Don’t Overdo It”). Another method of improving self-control is the use of precommitment devices, which allow you to lock in good behavior tomorrow based on your good intentions today. An example of this is a website called stickK.com that helps people create commitment contracts. On the site you create a contract with yourself in which you set a goal—for example, losing ten pounds by a specified date. You deposit money into an account and then you select a trainer or coach to referee and confirm whether or not you achieved your goal. If you don’t hit your target, you lose that money. The process ensures that once tomorrow becomes today, you’ll feel a strong pinch if you break the contract. For example, you can commit to giving $500 to charity if you don’t achieve your goal by the specified date. Or choose an anticharity, meaning if you fail you must give money to an organization you don’t want to help, such as the opposing political party, which is an extra incentive not to fail. Using precommitment devices is a way of forcing your future self to do what your present self thinks it should.”
― Sylvia Tara, The Secret Life of Fat: The Science Behind the Body's Least Understood Organ and What It Means for You
0 likes
Like


Is this you? Let us know. If not, help out and invite Sylvia to Goodreads.