Discover new books on Goodreads
See if your friends have read any of John R.W. Stott's books 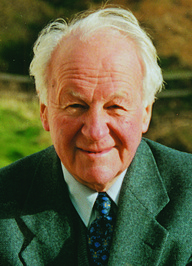 “We must allow the Word of God to confront us, to disturb our security, to undermine our complacency and to overthrow our patterns of thought and behavior.”
― John Stott
tags: disturbing, patterns, word-of-god
90 likes
Like

“Our love grows soft if it is not strengthened by truth, and our truth grows hard if it is not softened by love.”
― John Stott
tags: god, grace, love, truth
65 likes
Like

“I could never myself believe in God, if it were not for the cross. The only God I believe in is the One Nietzsche ridiculed as 'God on the cross.' In the real world of pain, how could one worship a God who was immune to it? I have entered many Buddhist temples in different Asian countries and stood respectfully before the statue of the Buddha, his legs crossed, arms folded, eyes closed, the ghost of a smile playing round his mouth, a remote look on his face, detached from the agonies of the world. But each time after a while I have had to turn away. And in imagination I have turned instead to that lonely, twisted, tortured figure on the cross, nails through hands and feet, back lacerated, limbs wrenched, brow bleeding from thorn-pricks, mouth dry and intolerably thirsty, plunged in Godforsaken darkness. That is the God for me! He laid aside his immunity to pain. He entered our world of flesh and blood, tears and death. He suffered for us. Our sufferings become more manageable in the light of his. There is still a question mark against human suffering, but over it we boldly stamp another mark, the cross that symbolizes divine suffering. 'The cross of Christ ... is God’s only self-justification in such a world” as ours....' 'The other gods were strong; but thou wast weak; they rode, but thou didst stumble to a throne; But to our wounds only God’s wounds can speak, And not a god has wounds, but thou alone.”
― John Stott, Cross
63 likes
Like