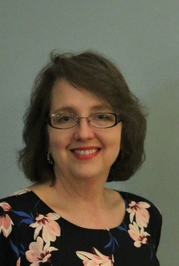 Everybody Loves the Hero Who Breaks Out of the Expected Mold: An Interview

For the excellent new blog Academia, Joshua Grasso, Professor of English at East Central University in Oklahoma, asks
some wonderful questions about my adventure turning Rosette's journal and other historical records into novels and a short story about this fascinating pioneer family.

"We think, 'Oh, how constrained she was! If only she could have . . . ' But how much do we fall into patterns

Cindy Marsch is currently reading
In All Things: A Nine-Week Devotional Bible Study on Unshakeable Joy
by Melissa B. Kruger
bookshelves: currently-reading

“May not and ought not the children of these fathers rightly say: "Our fathers were Englishmen which came over this great ocean, and were ready to perish in this wilderness but they cried unto the Lord, and He heard their voice, and looked on their adversity, &c. Let them therefore praise the Lord, because He is good, and His mercies endure forever. Yea, let them which have been redeemed of the Lord, shew how He hath delivered them from the hand of the oppressor. When they wandered in the; desert wilderness out of the way, and found no city to dwell in, both hungry, and thirsty, their soul was overwhelmed in them. Let them confess before the Lord His loving kindness, and His wonderful works before the sons of men.”
― William Bradford, Of Plymouth Plantation, 1620-1647
tags: thankfulness, thanksgiving
19 likes

“[About the main character approaching death in old age, observed by her husband . . .] He saw that she had already laid down a large portion of her life long ago. Piece by piece she had given it away as she wrestled with existence, as her self was absorbed as nourishment into his life and the life of the children and the community. And laid down most piercingly, as she abandoned, one by one, the shapes of the dreams she had planned. Only to take them up again in other forms.”
― Michael D. O'Brien, Strangers and Sojourners
11 likes

“We have art in order not to die of the truth.”
― Friedrich Nietzsche
tags: art
1544 likes

“The job was a sign of his failings. In his youth he’d been a devoted scholar of foreign languages, the owner of an impressive collection of dictionaries. He had dreamed of being an interpreter for diplomats and dignitaries, resolving conflicts between people and nations, settling disputes of which he alone could understand both sides. He was a self-educated man. In a series of notebooks, in the evenings before his parents settled his marriage, he had listed the common etymologies of words, and at one point in his life he was confident that he could converse, if given the opportunity, in English, French, Russian, Portuguese, and Italian, not to mention Hindi, Bengali, Oriya, and Gujarati. Now only a handful of European phrases remained in his memory, scattered words for things like saucers and chairs. English was the only non-Indian language he spoke fluently anymore. Mr. Kapasi knew it was not a remarkable talent. Sometimes he feared that his children knew better English than he did, just from watching television. Still, it came in handy for the tours.”
― Jhumpa Lahiri, Interpreter of Maladies
0 likes

“when I turn from church history and examine myself, I find that I too am vulnerable to the Temptation. I lack the willpower to resist shortcut solutions to human needs. I lack the patience to allow God to work in a slow, “gentlemanly” way. I want to seize control myself, to compel others to help accomplish the causes I believe in. I am willing to trade away certain freedoms for the guarantee of safety and protection. I am willing to trade away even more for the chance to realize my ambitions.”
― Philip Yancey, The Jesus I Never Knew
1 likes