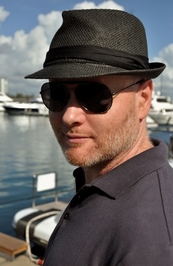 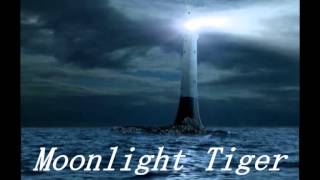 A few years ago I wrote a book called The Vortex Winder. Then my rock band, Lighthouse XIII, wrote an album of the same name, in which all the songs fitted into the story. It ended up like a film-musical, but with a book instead of a film.

This continued with the sequel, The Maelstrom Ascendant and the new book Cultown (unrelated to the others). I now have three novels, each with their own original rock soundtrack album.

As for literary genre, my novels have been linked to the following: psychological thriller, music, philosophical, adventure, and magic realism. My books don't fit neatly into one genre, and that's fine - it's more fun to mix things I write 'music novels' - books that have their own soundtrack albums. Here's how that began.

A few years ago I wrote a book called The Vortex Winder. Then my rock band, Lighthouse XIII, wrote an album of the same name, in which all the songs fitted into the story. It ended up like a film-musical, but with a book instead of a film.

This continued with the sequel, The Maelstrom Ascendant and the new book Cultown (unrelated to the others). I now have three novels, each with their own original rock soundtrack album.

As for literary genre, my novels have been linked to the following: psychological thriller, music, philosophical, adventure, and magic realism. My books don't fit neatly into one genre, and that's fine - it's more fun to mix things up.

The music for the books is recorded by my band, Lighthouse XIII. We have four albums, which are available as CDs and in digital form. The video on this page is for a song called 'Moonlight Tiger' which is a song off the 'Maelstrom Ascendant' album.

I live in Sydney and love music, books, and most types of popular culture. I try to make sense of the strangeness of life in my 'Sparks blog', which will have a new entry each week in 2017.

If you have any questions, feel free to contact me through Goodreads, or through my own website www.vortexwinder,com
...more

The most dull…moreIt's a longish answer, but here it is. 'Cultown' is the story of Thomas Swan, a charismatic figure who forms a cult called the Milinish.

The most dull and obvious way to tell such a story would be to write it from a position of superiority i.e. “Aren’t cults terrible? Cult leaders are awful and the people who join them must be weak, deluded fools.” That is not my way. For one thing, the story is told from the cult leader’s perspective. For another, it is suggested that he has good reason for his actions. And finally, I say we are all cult members, or brainwashed, in one way or another.

'Cultown' deals with topics to do with science and religion. If it had been written by a hard core scientist, it may have just been someone making fun of religious beliefs. But the Milinish is a scientific cult as much as a religious one. A reader of the book said it ‘shows not just the cultishness of religion, but of science too.’ One of the book’s themes is that for some people, science has become our new religion, with all the problems that entails.

I wrote the first version of this book in the late 1990s, while studying these topics at university. The first version of the book was quite good, but when I went back to it a couple of years ago, I realised it had flaws and could have been much better. In the last ten years I’ve become a much better writer, as a result of writing two novels – 'The Vortex Winder' and 'The Maelstrom Ascendant.' From the lessons learned there, I’ve been able to improve 'Cultown' considerably in its quality of writing.

That is not the only difference. The story’s setting has been updated from 1999 to 2017, incorporating the changes in technology we’ve seen in that time. Most significantly, Cultown now has a full rock soundtrack album. For both 'Vortex' and 'Maelstrom', my band, Lighthouse XIII, recorded a full soundtrack of songs, each of which fit into the story (sort of like a movie musical, except it’s a book). That trend continues with' Cultown'. There are twelve new songs which tie into the story.

When we think of cult members, we tend to think of people who are brainwashed into a given belief system and forced to adhere to a set of values and expectations. Yet if that is true, there are many different types of cults. On a mass scale, Nazism, for example, operated much as a cult does, with many of the same characteristics on show. There are other, more recent political examples. More generally, whenever we align ourselves with an organisation that expects us to conform to certain values, beliefs, and behaviour, we are at risk of showing cultish behaviour to some degree. My fascination with the psychology of cults was one factor that led me to write this book.

I was also intrigued by the leaders themselves. What prompted them to form such groups? The most obvious explanation was the desire for power, yet I’ve tried to go beyond such simple motivations. Thomas Swan is also, I hope, a sympathetic figure. He is ‘evil but not vile’ as one of the song titles has it. Besides, as Cultown is partly a comedy, as well as a drama, Tom is good for a few laughs!(less)
flag
See 2 answers from Duncan Smith…

The Vast and the Spurious – 25 Problems for Feminism 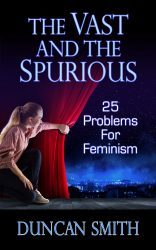 Samples from The Vast and the Spurious: 25 Problems for Feminism

The Vast and the Spurious is a book about the gender war between men and women. Feminism has set the agenda but it faces a backlash. Some dismiss this as misogyny, but that is a mistake. Feminism can no longer assume it owns the high moral ground. Unless it answers its critics it will never gain mass support, and the gender wa...

Duncan Smith is currently reading
The Corner: A Year in the Life of an Inner-City Neighborhood
by David Simon
bookshelves: currently-reading

“All I had was a dream and six million pounds.'

“My temperament is not inclined toward more self-promotion than is absolutely necessary for my professional well-being.”
― Robert Silverberg
10 likes

“Most whites do not have a racial identity, but they would do well to understand what race means for others. They should also ponder the consequences of being the only group for whom such an identity is forbidden and who are permitted no aspirations as a group.”
― Jared Taylor
tags: identity, identity-politics, politics, race, racial-identity, racial-politics, white-people, whites
11 likes

Musicians And Music Lovers — 533 members — last activity 19 hours, 29 min ago
This is where we will post our videos, and our songs.