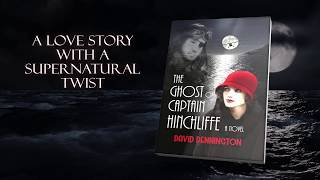 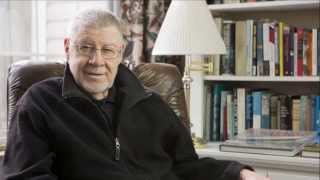 THE GHOST OF CAPTAIN HINCHLIFFE


THE GHOST OF CAPTAIN HINCHLIFFE REVIEW BY JEFFREY KEETEN
GOODREADS TOP BOOK REVIEWER
One of the things I most enjoy about Dennington's books is his development of female characters. They are not merely furniture or cardboard cutouts. They are women who are multi-tale Read more of this blog post »
2 likes · Like  •  0 comments  •  flag

David Dennington is currently reading
Airship on a Shoestring The Story of R 100
by John Anderson
bookshelves: currently-reading

“Three carrion crows intent on the carcass of a rabbit paused in their evisceration, following the airship with blank eyes, as if it were a larger bird of prey and then, after much scolding, returned to their meal, black beaks tearing at the dead creature’s flesh. The air was humid—a late summer afternoon storm pending. Their instincts knew the day would end in rain, and wind, and worse.”
― David Dennington - The Airshipmen
0 likes
Like

“Thomson’s voice echoed up the stairway. -Don’t look so glum, my dear chap. Don’t you remember? Our fate is already written.”
― David Dennington - The Airshipmen
0 likes
Like

“Airships are the devil’s ’andiwork in defiance of God’s laws and we should avoid them like the plague! - Lord Scunthorpe, House of Lords. July 4th, 1929.”
― David Dennington - The Airshipmen
0 likes
Like

Khaled Hosseini
author of
The Kite ...

Amor Towles
author of
A Gentlem...

Paula McLain
author of
The Paris...

Iris Murdoch
author of
The Sea, ...

Thank you for the recommendation, Chris. I will take a deco. I am presently working on turning The Airshipmen into a Trilogy. I have been urged to do this by many people. The text will remain the same but I will include many more photographs pertaining to each volume at the back of each book. The idea is to give people the choice of one book (too thick for some) or three volumes with a little more space around the print.
The Airship Heritage Trust have asked me to do a Zoom interview in a week or two. So we'll see what transpires. I'd like to see a syndicate put together to make it into a TV Miniseries.
Hope things are okay in Dear Old Blighty. Have not been able to make it over this year due to the China virus. My best, David.

Hi David. I just finished reading Any Human Heart by WIlliam Boyd. A fascinating read on many different levels. It takes all the time it needs to reach an obvious but graceful ending. I think you would like it.
Regards,
Chris Day

Thanks John, will look it up.
Best
David

David,
I am also a big fan of Nevil Shute and read most of his novels, I got a book in the post today from a friend in France, Appointment In Normandy, a big book about a Liberty ship Jeremiah O'Brien, a recreation of a war time voyage to Normandy. Look it up it might be what you would like.
John

The Ghost of Captain Hinchliffe, has now been released as a paperback and on Kindle. This novel is based on actual events which occurred between 1920 and 1930. In those days, there were many women who sought to prove to the world that they were as good as any male pilot in the sky. And they were. Especially, when you look at the accomplishments of Amy Johnson and Amelia Earhart and many others. These were very brave people and they will make your heart bleed. The sad thing is that their stories have been almost forgotten.

This novel tells of a woman married to a decorated World War 1 fighter pilot, Raymond Hinchliffe, whose days are now numbered as a commercial airline pilot due to the loss of an eye. The Hon. Elsie Mackay, an anxious suffragette, seeks him out, suggesting they go for the east-west Atlantic flying record. He will get the 10,000 pounds reward and they will share the glory. The war is over. The world abounds with optimism and is alive with craziness just now—nothing is impossible, even for women. Everyone is mad to try it. Many have failed.

If they succeed Hinchliffe reckons he and his wife, Millie, will be set for life. He could retire or even start his own airline. But what if they fail …?