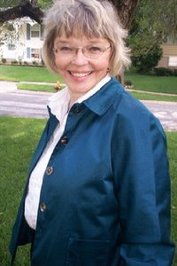 “In the early days of the nation, a heroic female called Columbia symbolized our country. A bronze statue of Columbia crowned with feathers and stars stands atop the Capitol dome in Washington, D.C. She represents Freedom. A majestic woman made of copper, the Statue of Liberty, holds an illuminated torch and greets voyagers to America at New York City. Newcomers might think that the United States is a nation that highly esteems her mothers, sisters, and daughters.
Well, yes and no. Men might have worshipped the ideal of woman as though she were a goddess, but, as Carrie Chapman Catt said early in the twentieth century, they "governed her as though she were an idiot.”
― Cheryl Harness, Remember the Ladies: 100 Great American Women
0 likes
Like

Is this you? Let us know. If not, help out and invite Cheryl to Goodreads.