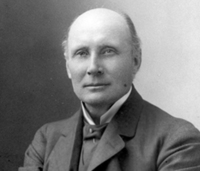 In his early career Whitehead wrote primarily on mathematics, logic, and physics. His most notable work in these fields is the three-volume Principia Mathematica (1910–13), which he co-wrote with former student Bertrand Russell. Principia Mathematica is considered one of the twentieth century's most important works in mathematical logic, and placed 23rd in a list o Alfred North Whitehead, OM FRS (15 February 1861 – 30 December 1947) was an English mathematician and philosopher. He is best known as the defining figure of the philosophical school known as process philosophy, which today has found application to a wide variety of disciplines, including ecology, theology, education, physics, biology, economics, and psychology, among other areas.

In his early career Whitehead wrote primarily on mathematics, logic, and physics. His most notable work in these fields is the three-volume Principia Mathematica (1910–13), which he co-wrote with former student Bertrand Russell. Principia Mathematica is considered one of the twentieth century's most important works in mathematical logic, and placed 23rd in a list of the top 100 English-language nonfiction books of the twentieth century by Modern Library.

Beginning in the late 1910s and early 1920s, Whitehead gradually turned his attention from mathematics to philosophy of science, and finally to metaphysics. He developed a comprehensive metaphysical system which radically departed from most of western philosophy. Whitehead argued that reality was fundamentally constructed by events rather than substances, and that these events cannot be defined apart from their relations to other events, thus rejecting the theory of independently existing substances. Today Whitehead's philosophical works – particularly Process and Reality – are regarded as the foundational texts of process philosophy.

Whitehead's process philosophy argues that "there is urgency in coming to see the world as a web of interrelated processes of which we are integral parts, so that all of our choices and actions have consequences for the world around us." For this reason, one of the most promising applications of Whitehead's thought in recent years has been in the area of ecological civilization and environmental ethics pioneered by John B. Cobb, Jr.

Isabelle Stengers wrote that "Whiteheadians are recruited among both philosophers and theologians, and the palette has been enriched by practitioners from the most diverse horizons, from ecology to feminism, practices that unite political struggle and spirituality with the sciences of education." Indeed, in recent decades attention to Whitehead's work has become more widespread, with interest extending to intellectuals in Europe and China, and coming from such diverse fields as ecology, physics, biology, education, economics, and psychology. However, it was not until the 1970s and 1980s that Whitehead's thought drew much attention outside of a small group of American philosophers and theologians, and even today he is not considered especially influential outside of relatively specialized circles.

In recent years, Whiteheadian thought has become a stimulating influence in scientific research.

In physics particularly, Whitehead's thought has been influential, articulating a rival doctrine to Albert Einstein's general relativity. Whitehead's theory of gravitation continues to be controversial. Even Yutaka Tanaka, who suggests that the gravitational constant disagrees with experimental findings, admits that Einstein's work does not actually refute Whitehead's formulation. Also, although Whitehead himself gave only secondary consideration to quantum theory, his metaphysics of events has proved attractive to physicists in that field. Henry Stapp and David Bohm are among those whose work has been influenced by Whitehead.

Whitehead is widely known for his influence in education theory. His philosophy inspired the formation of the Association for Process Philosophy of Education (APPE), which published eleven volumes of a journal titled Process Papers on process philosophy and education from 1996 to 2008. Whitehead's theories on education also led to the formation of new modes of learning and new models of teaching. ...more

“Not ignorance, but ignorance of ignorance is the death of knowledge.”
― Alfred North Whitehead
139 likes
Like

“It requires a very unusual mind to undertake the analysis of the obvious.”
― Alfred North Whitehead
111 likes
Like

“Religion carries two sorts of people in two entirely opposite directions: the mild and gentle people it carries towards mercy and justice; the persecuting people it carries into fiendish sadistic cruelty. Mind you, though this may seem to justify the eighteenth-century Age of Reason in its contention that religion is nothing but an organized, gigantic fraud and a curse to the human race, nothing could be farther from the truth. It possesses these two aspects, the evil one of the two appealing to people capable of naïve hatred; but what is actually happening is that when you get natures stirred to their depths over questions which they feel to be overwhelmingly vital, you get the bad stirred up in them as well as the good; the mud as well as the water. It doesn't seem to matter much which sect you have, for both types occur in all sects....”
― Alfred North Whitehead, Dialogues of Alfred North Whitehead
tags: age-of-reason, curse, fraud, hatred, justice, mercy, nature, questions, sect, truth, vital
90 likes
Like