Discover new books on Goodreads
See if your friends have read any of Berneta L. Haynes's books 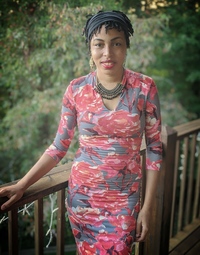 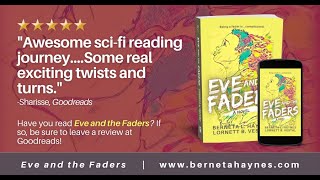 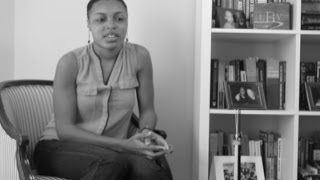 Born
in The United States
Website
http://www.bernetahaynes.com
Twitter
BernetaWrites
Genre
Fiction, Fantasy, Paranormal
Member Since
April 2012
URL
https://www.goodreads.com/bernetalhaynes
edit data
Berneta L. Haynes was born and raised in Little Rock, Arkansas but has lived everywhere from Missouri, England, Iowa, Chicago, and Philadelphia since age eighteen. She obtained a Bachelor's degree in English, Writing, and Psychology from Drury University in 2006. She later received a Master of Arts in English from the University of Iowa and a Juris Doctor from the University of Iowa College of Law. She has practiced environmental law in Chicago and Atlanta.

Her first novel, LANDRIEN MORISET, was released in 2015. Her second novel, EVE AND THE FADERS, hit stores on January 1, 2021.

Currently, Berneta is the founding editor of Waking Writer. She is working on her upcoming science fiction novel and blogging joyously. Social butterflies can foll Berneta L. Haynes was born and raised in Little Rock, Arkansas but has lived everywhere from Missouri, England, Iowa, Chicago, and Philadelphia since age eighteen. She obtained a Bachelor's degree in English, Writing, and Psychology from Drury University in 2006. She later received a Master of Arts in English from the University of Iowa and a Juris Doctor from the University of Iowa College of Law. She has practiced environmental law in Chicago and Atlanta.

Her first novel, LANDRIEN MORISET, was released in 2015. Her second novel, EVE AND THE FADERS, hit stores on January 1, 2021.

Currently, Berneta is the founding editor of Waking Writer. She is working on her upcoming science fiction novel and blogging joyously. Social butterflies can follow her on Twitter. ...more

Alex Pearl, author of Sleeping with the Blackbirds

When and why did you begin writing?

I started writing professionally as an advertising copywriter back in 1980. It was something of an accident if I’m honest. I had been at art college and had teamed up with a good friend. We were both interested in creative advertising and at that time the UK was leading the world in this sphere. The likes of Alan Parker and Ridley Scott had cut their teeth in the

January Book of the Month Poll: Assassins, Rogues & Other Outlaws

“Religion has actually convinced people that there's an invisible man living in the sky who watches everything you do, every minute of every day. And the invisible man has a special list of ten things he does not want you to do. And if you do any of these ten things, he has a special place, full of fire and smoke and burning and torture and anguish, where he will send you to live and suffer and burn and choke and scream and cry forever and ever 'til the end of time!

“The American Republic will endure until the day Congress discovers that it can bribe the public with the public's money.”
― Alexis de Tocqueville
tags: misattributed
551 likes

“What good does it do me, after all, if an ever-watchful authority keeps an eye out to ensure that my pleasures will be tranquil and races ahead of me to ward off all danger, sparing me the need even to think about such things, if that authority, even as it removes the smallest thorns from my path, is also absolute master of my liberty and my life; if it monopolizes vitality and existence to such a degree that when it languishes, everything around it must also languish; when it sleeps, everything must also sleep; and when it dies, everything must also perish?

There are some nations in Europe whose inhabitants think of themselves in a sense as colonists, indifferent to the fate of the place they live in. The greatest changes occur in their country without their cooperation. They are not even aware of precisely what has taken place. They suspect it; they have heard of the event by chance. More than that, they are unconcerned with the fortunes of their village, the safety of their streets, the fate of their church and its vestry. They think that such things have nothing to do with them, that they belong to a powerful stranger called “the government.” They enjoy these goods as tenants, without a sense of ownership, and never give a thought to how they might be improved. They are so divorced from their own interests that even when their own security and that of their children is finally compromised, they do not seek to avert the danger themselves but cross their arms and wait for the nation as a whole to come to their aid. Yet as utterly as they sacrifice their own free will, they are no fonder of obedience than anyone else. They submit, it is true, to the whims of a clerk, but no sooner is force removed than they are glad to defy the law as a defeated enemy. Thus one finds them ever wavering between servitude and license.

When a nation has reached this point, it must either change its laws and mores or perish, for the well of public virtue has run dry: in such a place one no longer finds citizens but only subjects.”
― Alexis de Tocqueville, Democracy in America
tags: liberty
93 likes

“It is above all in the present democratic age that the true friends of liberty and human grandeur must remain constantly vigilant and ready to prevent the social power from lightly sacrificing the particular rights of a few individuals to the general execution of its designs. In such times there is no citizen so obscure that it is not very dangerous to allow him to be oppressed, and there are no individual rights so unimportant that they can be sacrificed to arbitrariness with impunity.”
― Alexis de Tocqueville
tags: liberty
44 likes

“History is a gallery of pictures in which there are few originals and many copies.”
― Alexis de Tocqueville
tags: insightful
81 likes

THE Group for Authors! — 11763 members — last activity 5 hours, 10 min ago
This is a group for authors to discuss their craft, as well as publishing and book marketing.

New Authors Talk Shoppe — 512 members — last activity Oct 15, 2020 03:35PM
Authors come help me define a group where we can get together and talk about the trade.
More of Berneta’s groups…