Discover new books on Goodreads
See if your friends have read any of K.M. Robinson's books 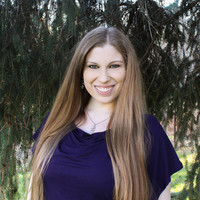 K.M. hasn't connected with their friends on Goodreads, yet.

Website
http://www.kmrobinsonbooks.com
Member Since
January 2017
URL
https://www.goodreads.com/kmrobinsonbooks
edit data
K.M. Robinson is a storyteller who creates new worlds both in her writing and in her fine arts conceptual photography. She is a marketing, branding and social media strategy educator who is recognized at first sight by her very long hair. She is a creative who focuses on photography, videography, couture dress making, and writing to express the stories she needs to tell. She almost always has a camera within reach.

4.20 avg rating — 49 ratings
Quotes by K.M. Robinson  (?)
Quotes are added by the Goodreads community and are not verified by Goodreads. (Learn more)
“I've always liked the silence. It means that you are comfortable enough with a person that you don't feel the need to fill up the space with words. You can just exist together.”
― K.M. Robinson, Golden
4 likes
Like

“He was a force of nature. He could warm your soul like the sun and then bury you in ice the next second. He was more destructive than any other universal element or could ever be. It was his way, to be like a hurricane crashing upon the shores, or lightning splintering everything in its path. He was a force. But he was my force. And in the end, it didn’t matter, because he disappeared, just like the weather always does. Here for one brief moment and gone the next. His name was Jack and his love for me was like a flood, now frozen over.”
― K.M. Robinson, The Revolution of Jack Frost
0 likes
Like